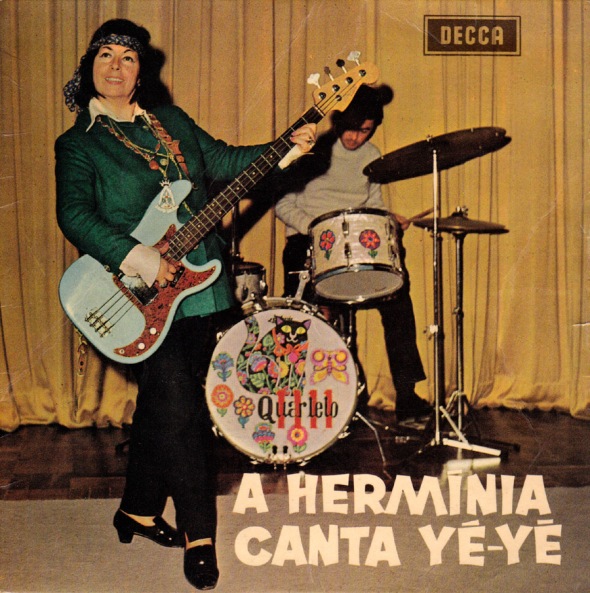 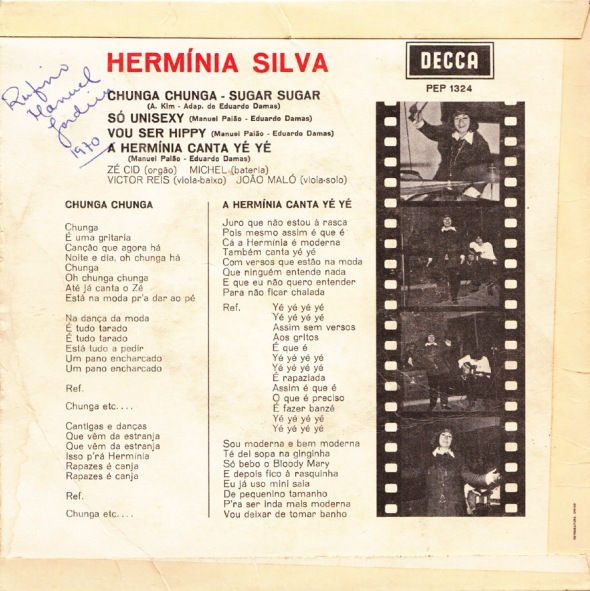 Of course while in Lisbon, I also took some time to go look for records. I didn´t find any of the stuff  that is featured on the three volumes of  the Portuguese Nuggets compilation LP series that Marcos had at his appartement. No cool Portuguese 60´s beat, surf or garage rock. What I found was fado, a very Portuguese type of music that mostly sounds like a lot of  whining and moaning. But that´s just on the surface, fado songs can be about anything. I  like a little fun in my fado, so I picked the records with the funniest sleeves.

Hermínia Silva was one of the greatest stars of fado. Here she is singing in a Portuguese film from 1938.  Actually the bars I´ve been to last week in Lisbon, were just like the one in this film: everybody was chain-smoking, including me…

She was already 63 years old, when she recorded these Yé Yé songs. Chunga Chunga is a cover version of Sugar Sugar by the Archies. Hermínia is making fun of the young hippy generation while still being sympathetic to them. I hope I´ll be as cool and funny as she was when I´m her age. Hermínia died in 1993.