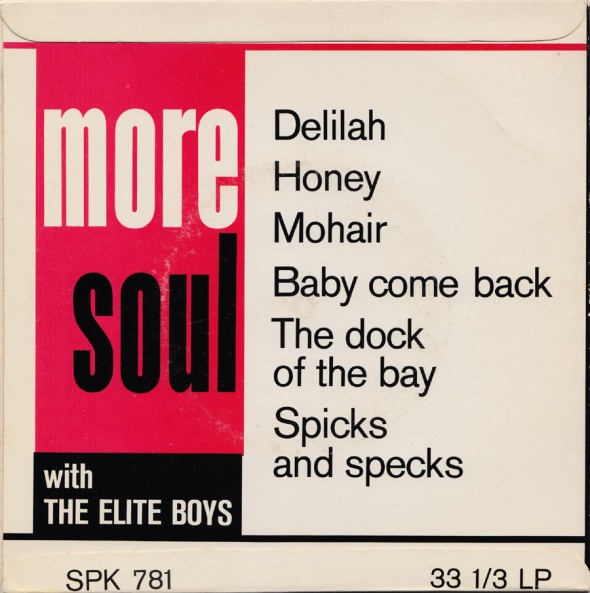 More “soul” from the Elite Boys, these supposedly French cats. And it´s another mixed bag of pop tunes/cover versions released by the Swedish Gala record club in the late 60s: more Tom Jones – Delilah;  an instrumental version of Bobby Goldsboro´s Honey;  Mohair Sam, a hit for Charlie Rich in 1965;  Baby come back a hit for the Equals in 1968;  an instrumental version of Otis Redding´s The dock of the bay and an early hit by the Bee Gees from 1966, Spicks and specks.

THE ELITE BOYS, Baby come back

THE ELITE BOYS, The dock of the bay

THE ELITE BOYS, Spicks and specks