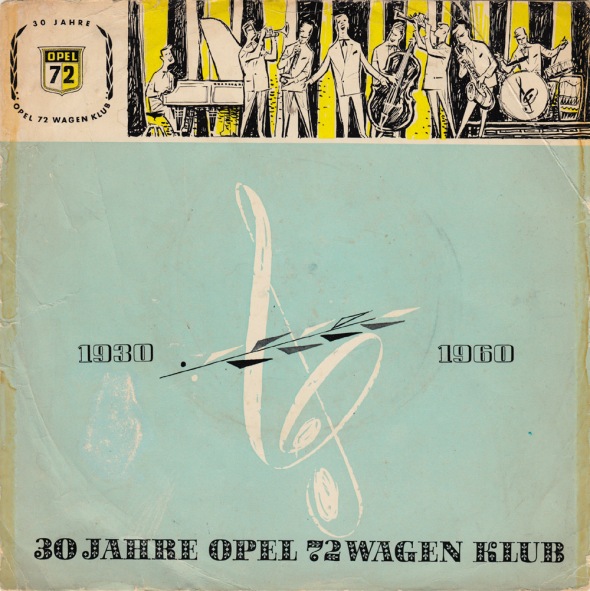 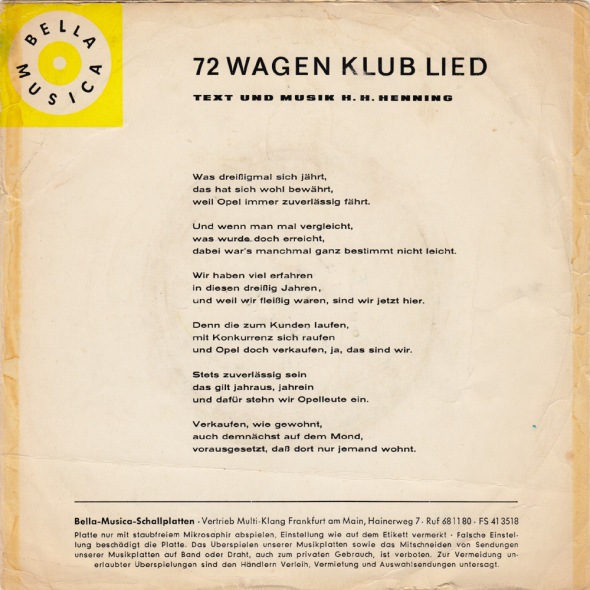 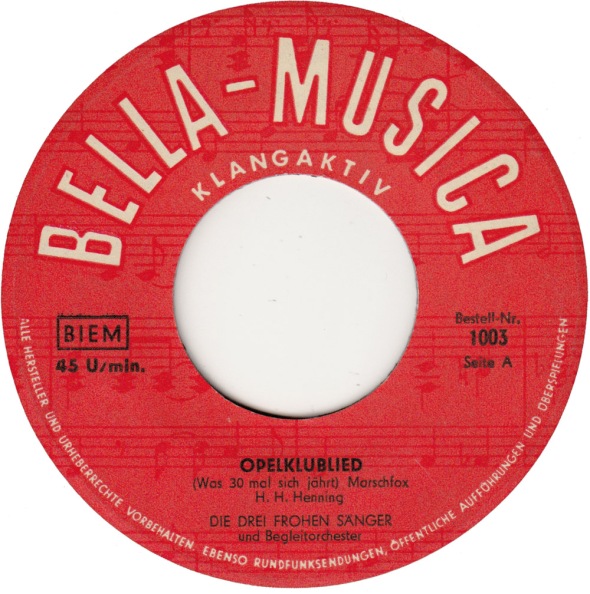 The reason I bought this record is the small illustration in the upper part of the sleeve. Yea, that miniature drawing you didn´t even notice when you just scrolled down…

I like the loose brush work of the anonymous artist. I think it´s pretty cool cartoon-style drawing, especially for a simple advertisement record. Unfortunately the designers didn´t know that the drawing would make the sleeve really stand out and scaled it waaaaay too much. Only to make room for an over-sized clef in the center. Such stupid design “decisions” are still the norm today in graphic design. An intricate two dimensional drawing that takes some effort and hand craft to produce, is reduced in favor of a boring one dimensional sign. A meaningless sign that takes up all the space, so that the delicate brush work of the artist is reduced to blurry lines. I´ll try to rectify that “mistake” after 53 years by showing a magnified version of the drawing for the first time: 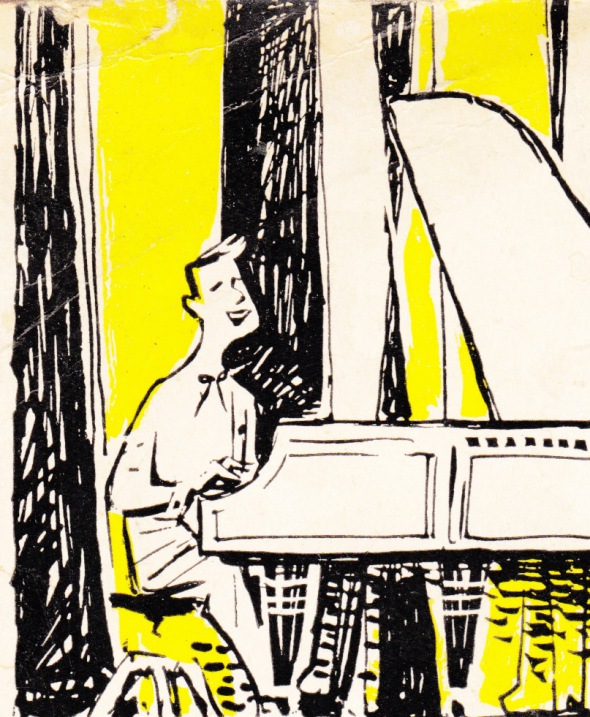 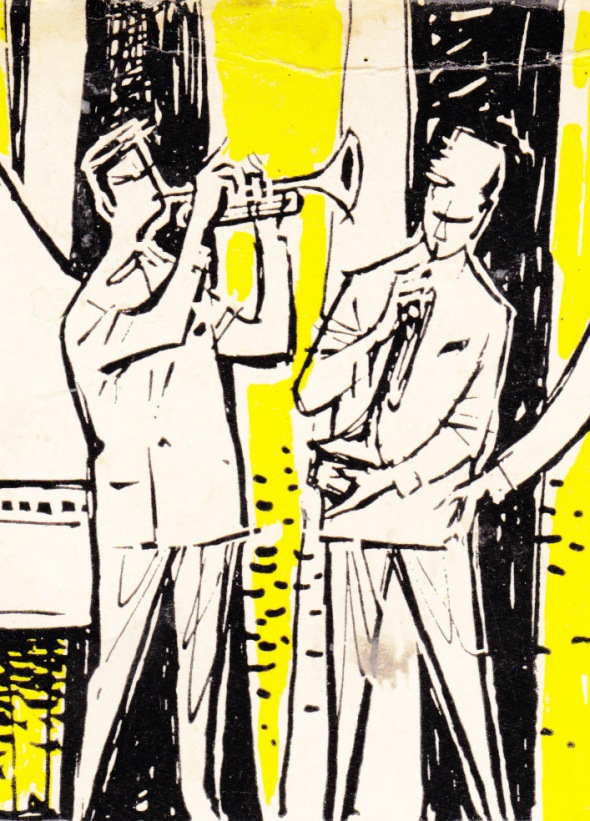 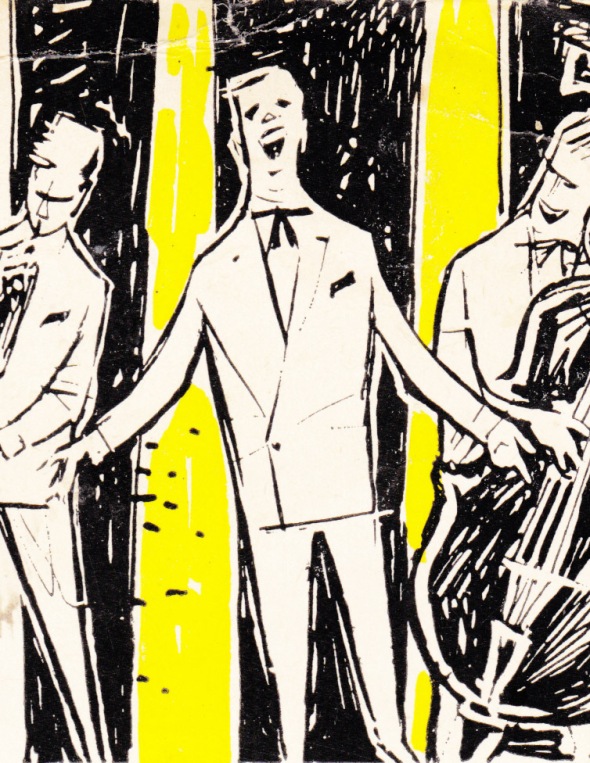 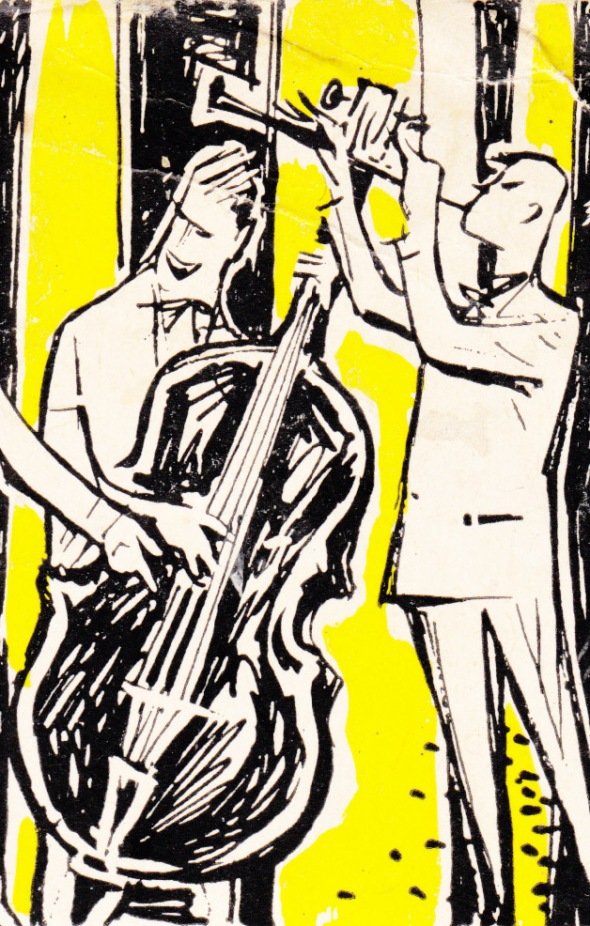 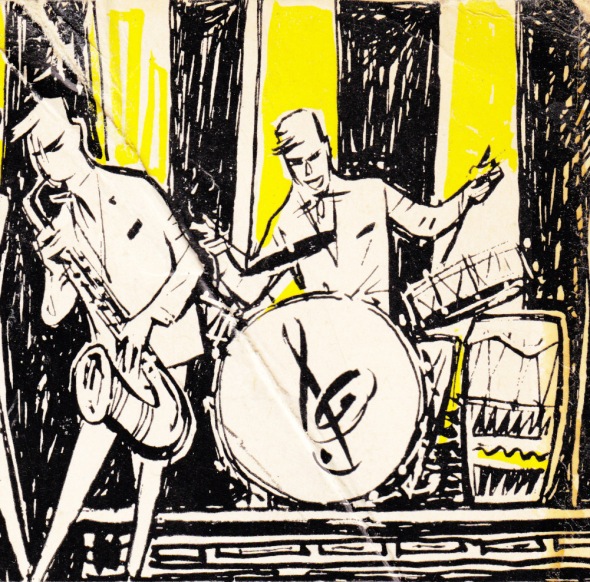 The record is celebrating the 30th anniversary of the Opel 72 Wagen Klub.