KID ORBIS AND HIS SWING-SEXTETT, Jumpin´ With Anthony Dvorak

A while back I found some more flexible 45s by Kid Orbis, alias Wolf Gabbe. Although my other posts of his music, like his swingin Nutcracker Suite, have left even the small remainder of readers unfazed, I  have to do what I have to do. I dig Kid Orbis´ take on Antonín Dvořák. Sure, Jumpin with Anthony Dvorak could be more jumpin´ but it´s still  a nice little tune. Kid Orbis  recorded specially for Delta-Ton out of Düsseldorf-Büderich. But Delta Ton also took over material from  real labels.

J.P.´s Blues by James Williard Parks and the Bucktown-Six first appeared on an EP of the same title on the German Climax label, a small jazz specialty label. Written by  J.W. Parks, an Afro-American US-soldier stationed in Wiesbaden.  J.P.´s Blues is probably the most authentic sounding blues song recorded in Germany in the 1950s. It was recorded on February 22nd 1957 in the Robert-Schumann-Saal in Düsseldorf. 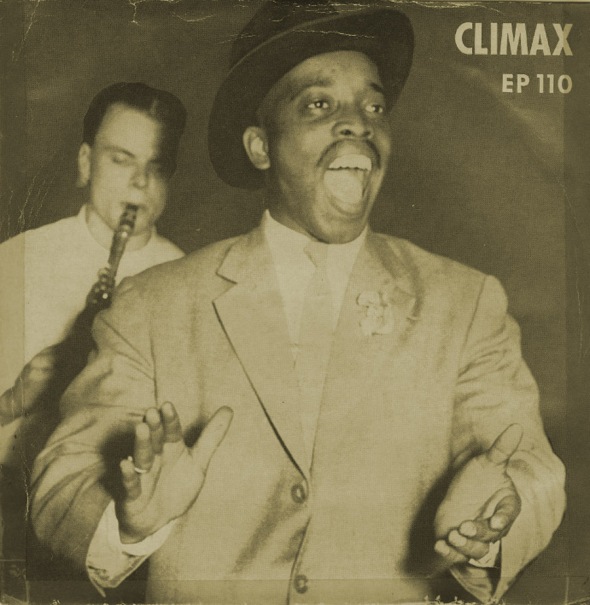 Judging from the front sleeve of the Climax EP J.W. Parks must have been a sight to behold in Germany at the time. His flashy getup was certainly in contrast to that of most German jazz musicians and Pop stars.

KID ORBIS AND HIS SWING-SEXTETT, Jumpin´ With Anthony Dvorak