In 2007 the Bolle Beatet Bestes flexible 45 inspired the name of this blog. Berlin bietet Bestes means “Berlin offers the best”. The record was issued by Bolle, a local chain of supermarkets. Bolle had a very long history in Berlin. Initially the company developed out of the C. Bolle dairy farm that was established in 1879 by Carl Andreas Julius Bolle. The last store closed in 2011.

There were some other 45s  put out by Bolle but these two are the only flexi discs. The Bolle Beatet Bestes flexi from 1967 is the more interesting one. I put the MP3s back up, so check out the songs if you missed the post in 2007.

Until recently I never even thought about buying any of the other Bolle records, because  Finnish Yenka and bogus 1960s Dixieland seemed way too boring. I´m not a completist but when I saw this one a while ago for 50 cents, I finally picked it up.

Well, it´s not a particularly noteworthy record, but it definitely is a very local Berlin artifact. 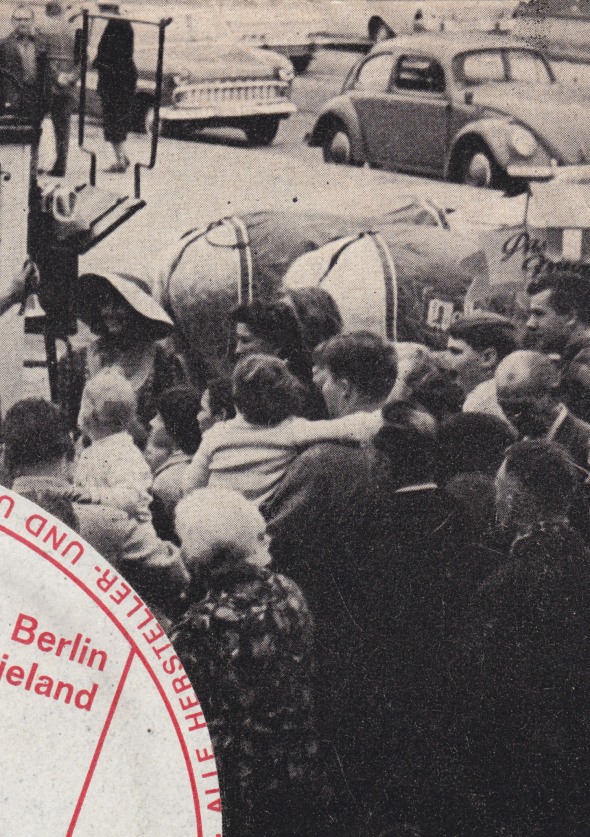