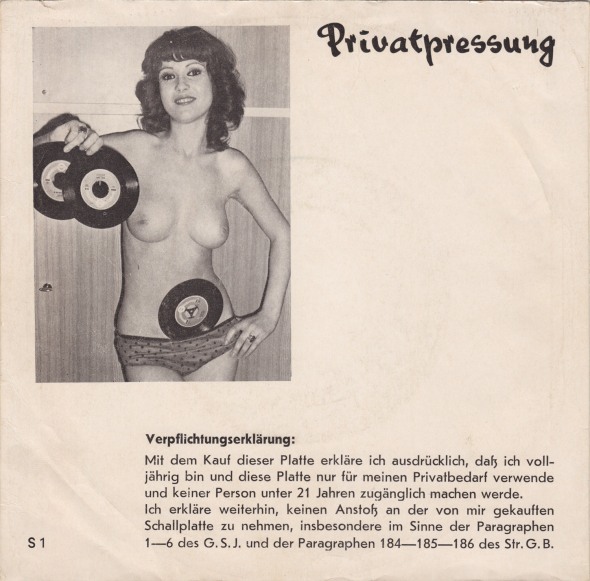 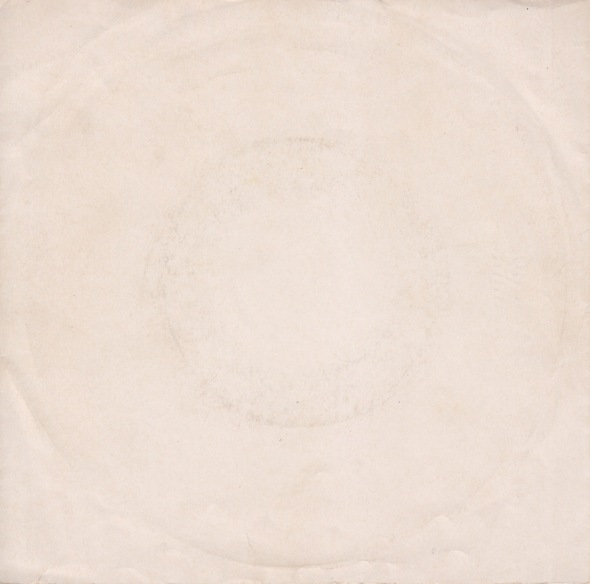 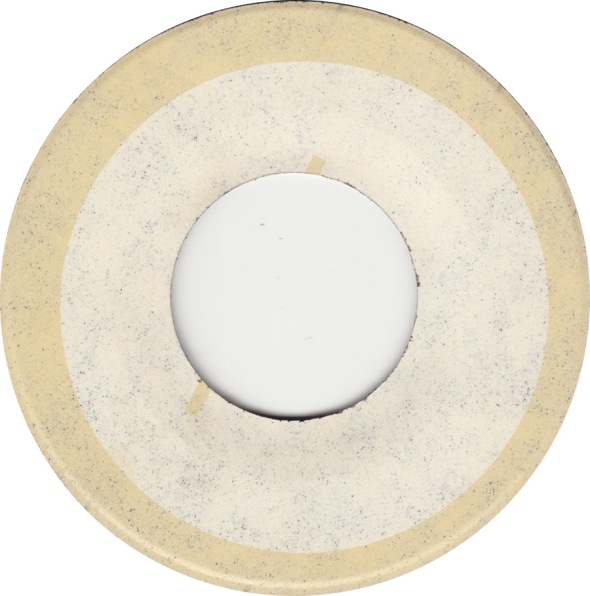 Simply called Privatpressung, this my be one of the most private of German private pressing. It was indeed so secret, that the producers didn´t even include any information regarding the artists, authors, song titles, nor where and when they were recorded. The back of the sleeve is blank, same as the label.

The front cover contains anything but the most telling: a photo of  a topless girl holding three 45s, strangely all by the Tempo label, at the time of this release – in the late 60s/early 70s, I assume –  still one of Germany´s biggest budget labels. And a disclaimer…

By buying this record I declare that I´m of legal age, that I will only use this record privately and will not make it accessible to anyone below the age of 21. I declare furthermore that I will not be offended by the record that I bought.

People probably bought this record in an adult store or by mailorder, so they knew what they were getting. Honestly, forty years after these songs were recorded, they still make me blush. If you do not know German, they may just sound like a bunch of folk songs sung by a male-female duo, but believe me, they´re very filthy.

So be warned! If you click here: Don´t be offended… 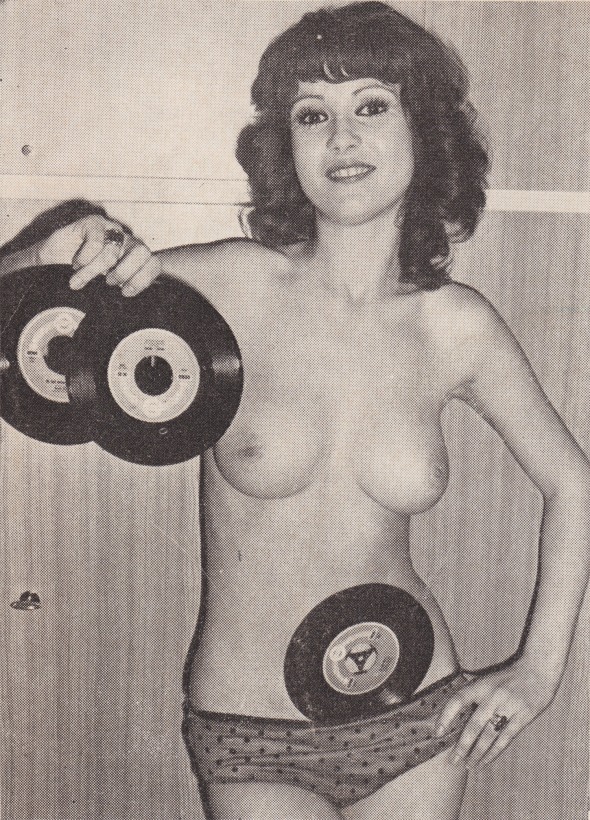