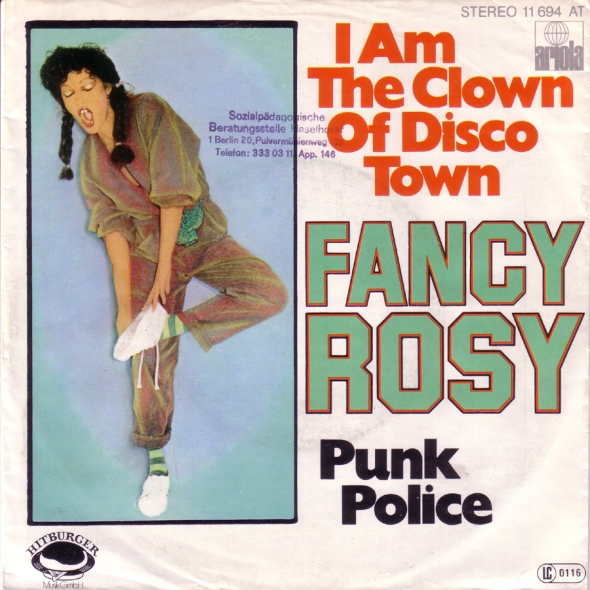 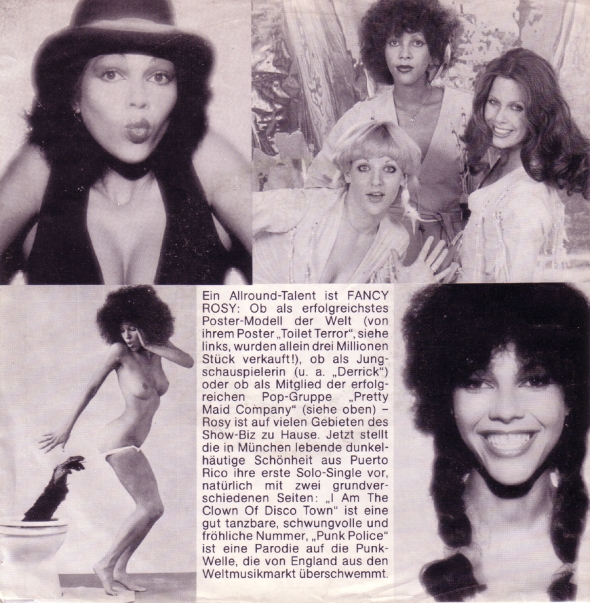 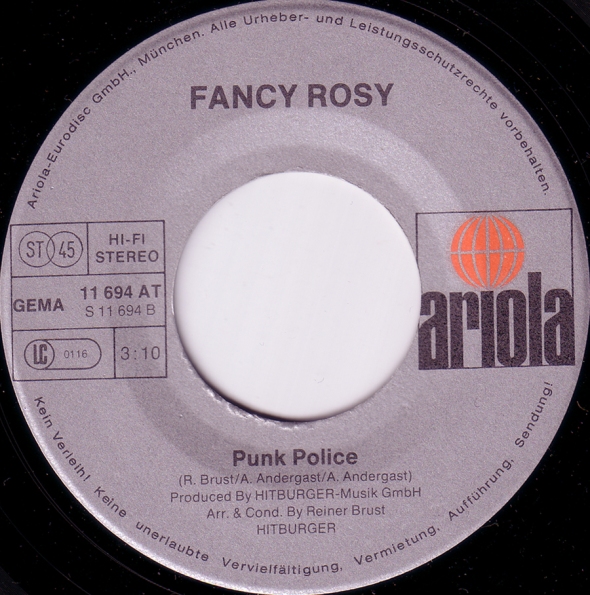 In 1977 you supposedly either liked Punk or you liked Disco, but just like Debbie Harry, Fancy Rosy liked both. On this record she is doing a Disco song on the A-side and a Punk parody on the flip.

While she might not have known exactly what she was doing, her imitation of Nina Hagen or Poly Styrene is pretty good and in the end still comes off as  more crazy than most “Punk” singers today. 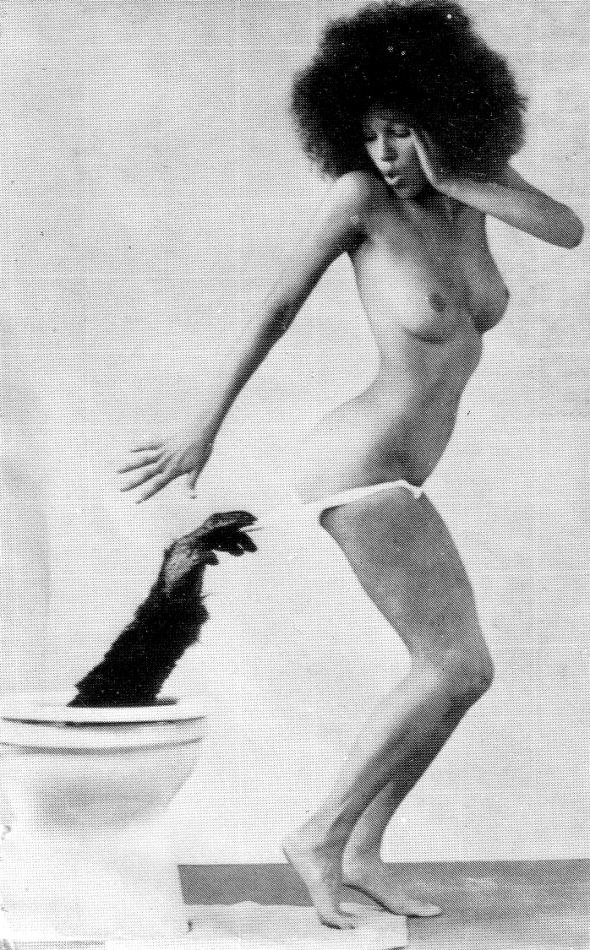 Fancy Rosy is the world`s most successful poster-model, because her poster “Toilet Terror” was sold 3 million times. At least that`s what it says on the back of the sleeve.. 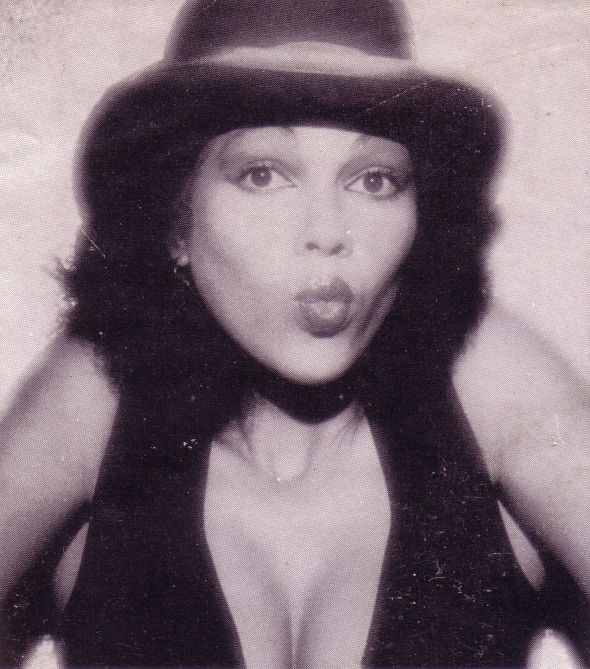