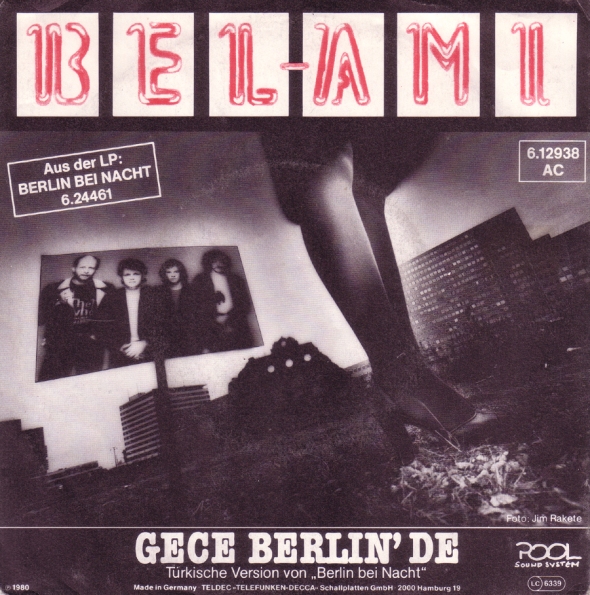 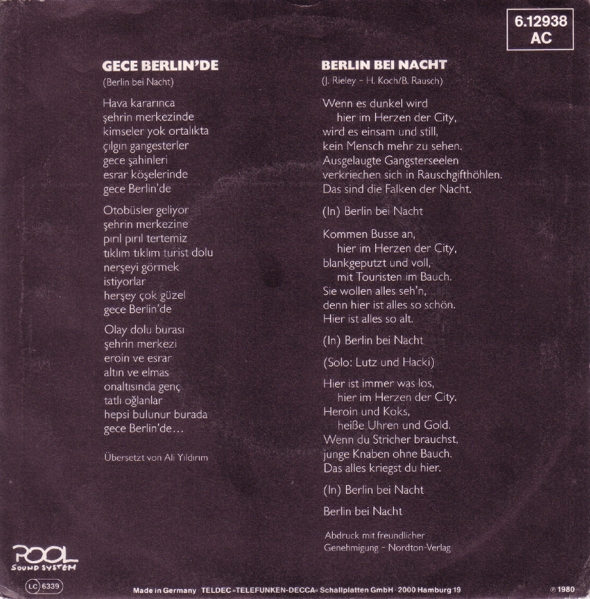 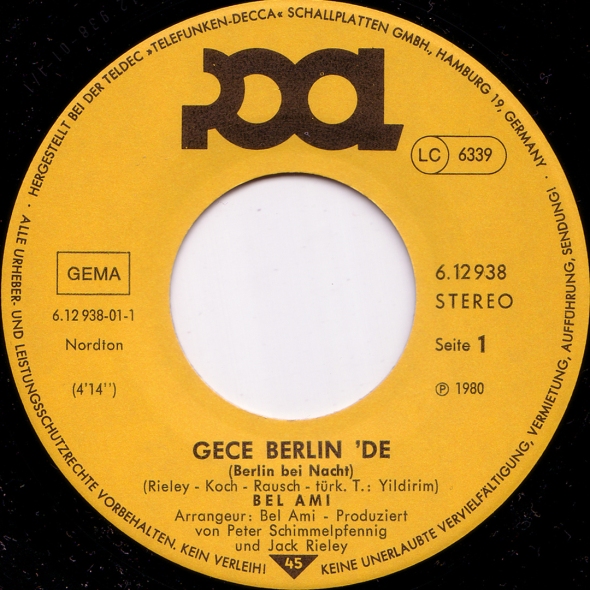 There were probably other groups who did the same thing, but the song “Gece Berlin`de” is interesting lyrically because it describes the Berlin of the 70s and 80s in quite drastic if also stereotypical ways. “Worn-out gangstersouls hide in drug-dens, these are the hawks of the night (…) There is always something going on, here in the heart of the city. Heroin and cocaine, stolen watches and gold. If you need male prostitutes, young boys without bellies. You`ll get everything here. Berlin at night”.