I bought this on Tuesday in the 25 Cents bin at the “white-haired guy`s”. I really like it when I can take a chance on a record because it is cheap. 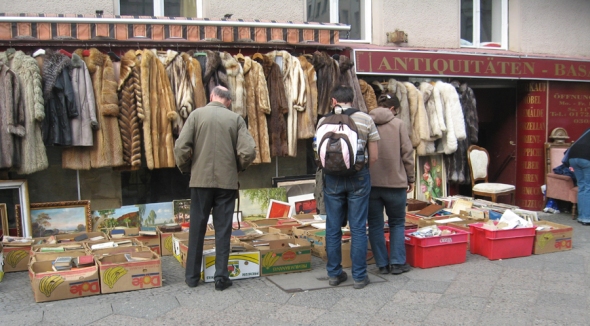 On the other hand a couple of thrift stores down the street have started to charge fantasy prizes just because the tourists have flooded the neighborhood. One store in particular is holding a pretty decent Indie and Punk collection hostage by charging 5 Euros a piece.

For records that are stuffed in unsorted boxes lying in the hot sun. One time early this year I went there and asked about the records and a young fellow told me 5 Euros for a 45. I said, no, that`s much too expensive compared to all the other stores and he just waved me off. Then he took 5 random records from the box, just like a bunch of bananas and  said: the boss doesn`t need to know this but you can have these for 20 Euros!  I said, I don`t care. Go tell your boss. I`m not going to buy a bunch of records that I`ve never heard of  for 20 Euros. He was pissed off and so was I. Naturally there was no deal.

When something like that happens I always tell myself I don`t really need any more records. I promised myself not to go there ever again. Yesterday, after all these month I saw that the records were still there. I couldn`t resist and this time they asked for 10 Euros for 3 singles. Singles from a dusty box lying on the ground baking in the hot sun! Mixed with broken and warped ones! It makes me mad again, only thinking about it… 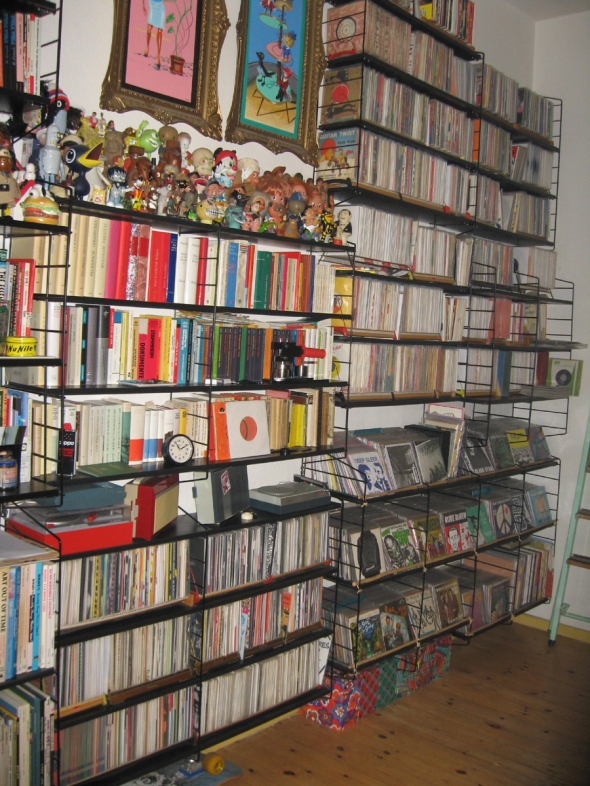 But here is were they end up. Cleaned, organized and put onto a shelf.

And here`s where I get all this stuff into the computer. To hopefully quench some life out of all this dead material …

This record I got for 25 Cents. Ali is a song about the situation of the Turkish minority in Berlin-Kreuzberg. This privately pressed record came out in the year the wall came down. In Germany that year had only one theme: Germany and the Germans. I was really critical of the reunification because of that back then.

The Eichs Band Feld group were one of the few who made a well-meaning effort to address the problems of the Turks living in Germany in the 80`s. Armed with some very German Rock music… 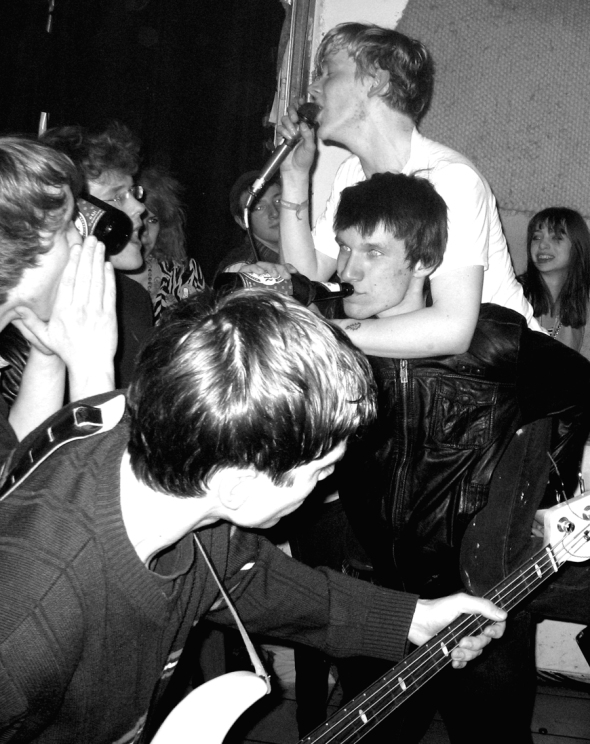 Chuckamuck are real teenagers who  aspire to become the German Black Lips. They write beautiful songs, a couple of them even in German and their  set was full of energy. Even the sloppiness looked staged. Great band! Their teenage fans danced like crazy until the set of speakers fell down. So the Black Lips reference is not really that far-fetched. Check for yourself how great they really are here. Their last Cd was produced by King Khan.  Chuckamuck seemed like a tough act to follow…

By coincidence I had met the boys and girls of  Charlie Megira & The Modern Dance Club the previous night hanging out at a bar in Kreuzberg, where Frank and I had been Dj-ing. They dug our records, gave us some self-made Modern Dance Club lighters and buttons and seemed to enjoy being in Berlin. From their appearance I had expected a more artistic or traditional 60`s/70`s sound but Charlie Megira & the Modern Dance Club completely surprised me with their TOTALLY WILD, LOUD and RAW sound. The gang from Jaffa/Tel Aviv stormed though a set of AGGRESSIVE,  BLAZING-HOT ROCK`N`ROLL NOISE!!!. Even their Surf instrumentals were top notch and not a tad too musical or retro. They were SMOKIN`!!!

I made this page about the West Germany show that will appear next week in Ox-Fanzine:

Some more photos that I made of Charlie Megira & The Modern Dance Club:

And some more of Chuckamuck:

AUKTION/DESTRUKTION on Saturday, March 14 at Kollage

Once again DJ Auktion and DJ Destruktion will be spinning, auctioning and destroying records in our 5th AUKTION/DESTRUKTION happening. We play everything from hits to rare to real garbage. Starting bids are 10 cents and if nobody buys a record we break it right after playing. It`s your chance to get your hands on some cheap records and to see some real bad music destroyed.

Hope to see you on Saturday! 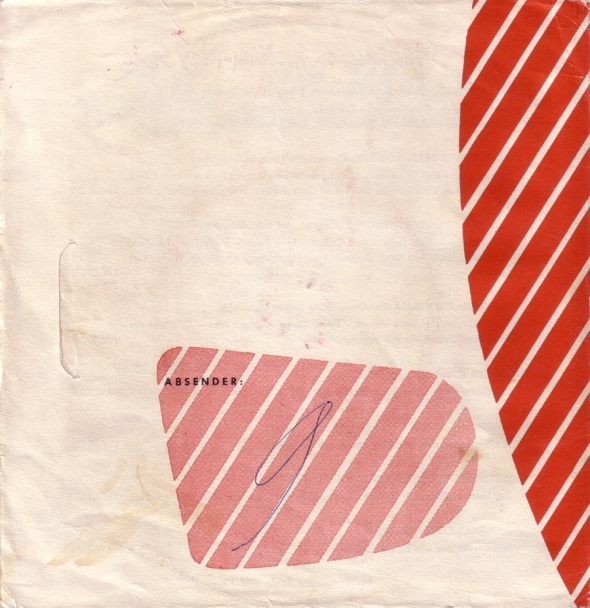 OSTBERLIN BEATET BESSERES posted the advertisement record Klingende Post No.11 from 1959 a couple of days ago. The record he bought was from a record store that had been in his neighborhood in the Eastern part of Berlin some 50 years ago.Last year I found  a bunch of these Klingende Post records in my favorite next-door thrift-store.They were  from a record-store that was operating in the late 50`s and 60`s, just two blocks from where I live in  the Western part of Berlin.Today I went to look where the store had once been and made these photos. The name of the record-store (or  probably radio-store with small record-bar)  was “Musik Wiebach” in the Gneisenaustrasse 18. There is a cafè in that spot today, that belongs to the live-music club “Junction-Bar”. So at least the music didn`t leave the building completely…

Klingende Post records were published by Teldec to promote Telefunken, Decca, RCA and London records. They were distributed to record-stores, sometimes with the stores logo printed on the label, and given to customers for free.

I had wanted to do something with these advertisement records when I bought them last year. I like the simple design  of these records and seeing the one on OSTBERLIN BEATET BESSERES kind of inspired me. By the way,  the great German Rock`n`Roller Elvis Pummel has recently used a Klingende Post design for one of his record sleeves. So I guss it`s not entirely uncool to dig them… 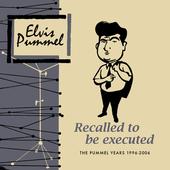 Once I scanned the sleeves and recorded the music I realized, why I had not done it right away: most of the music on these records is dead boring and the speakers are only amusing if you speak German and also have a weak spot for silly and square German 50`s/60`s mainstream kitsch.

But there is some good stuff on these records, so I recorded short versions of what I thought were the stronger songs and some dialogue.  I also left the  full sides for those of you who are a little more adventurous.

The first short piece has the Swedish singer Ria Solar singing in German: “Irgendwas muss heute noch passieren”(Something has got to happen today) and then Elvis is doing “Teddy Bear” plus some introductions in German. 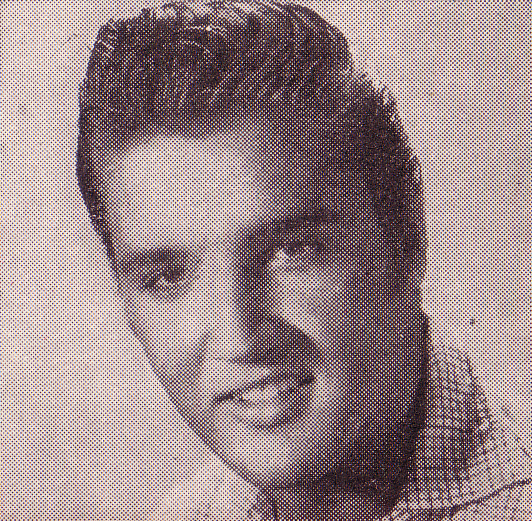 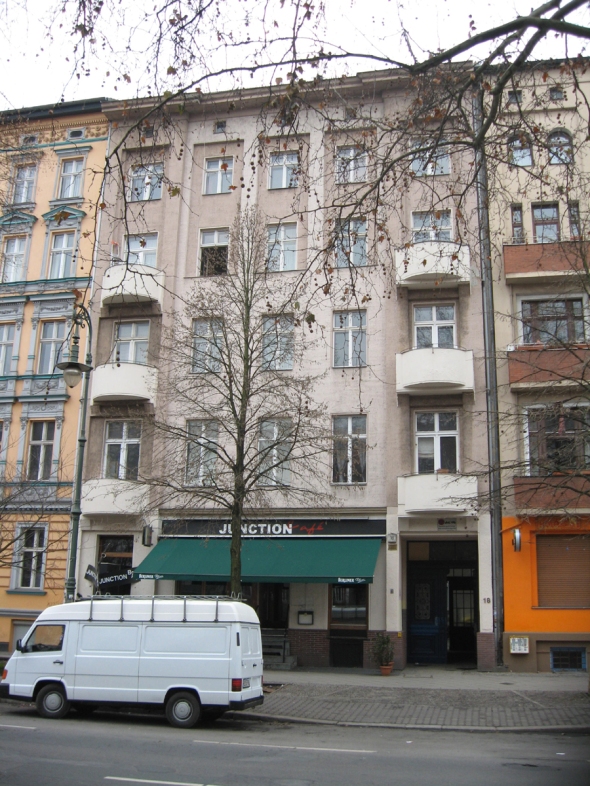 Tomorrow,  Frank and I are going to play, auction and (hopefully) destroy some records again at the 4th auction/destruction happening at the Kollage in Kreuzberg. Performing at around 9:30 will be Eli Salzman from Santa Cruz, California. Come early and listen to Eli.

Or come and look into my box of records so you`ll know what will be auctioned later. I recently bought a whole box (about 400) of  hit records from the 70`s and 80`s at a thrift store in my street. Some great stuff but also real garbage. I`m looking forward to play, sell or destroy some of them next Friday. Frank just got back from traveling over a month in the US. He promised to sell some of the 45`s of that stack of records that he bought in Memphis and Philadelphia. Hope to see you!

If you can read German you can see a new one-page comic about Auktion/Destruktion that will appear in Ox-Magazine next week, on my other site Monovision.

On Friday November 21. DJ FRANKY FUZZ and I are going to play, auction and destroy records again. All styles and genres: hits, rarities and total garbage. Starting bids are 10 cents. If a record is not sold we break it. 10 pm at the KOLLAGE , Yorckstrasse 22 in Kreuzberg

On Friday, November 21  Frank and I are going to DJ at the KOLLAGE , Yorckstrasse 22 in  Kreuzberg.

ACTUALLY it`s much better than that: for the 3rd time this year we are going to play records, auction them off or if nobody wants to bid on them destroy them right away.

We had a lot of fun the last times we did this.  It is kind of liberating to break a record you really hate but also heartbreaking to see one go that might not have deserved it. Some people bid on the worst 80`s records while a lot of awful and some nice ones were destroyed.

So if you are in Berlin come on down to Kreuzberg  to the KOLLAGE, a nice artist/student-type bar. Drinks are cheap and bids start at 10 cents.  We play, sell or destroy some really horrible but also some really cool stuff.