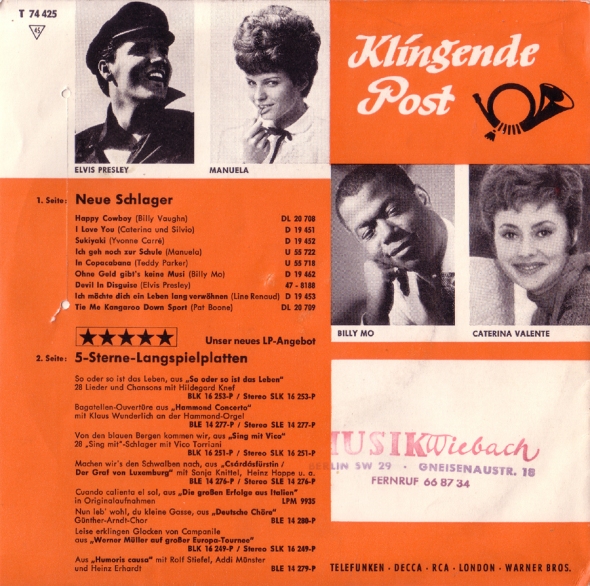 Werner Müller, Detlef Engel, Gerd Böttcher and Manuela were from Berlin. Berlin really was  pop-city back then…

Initially I had the idea to answer that and checked wikipedia. That`s when I found out that Manuela had played in what was supposedly the first German all-girl band The Tahiti Tamourès.

It`s so cold and grey outside right now, why not go on a little trip to the warmer regions, at least musically. This Hawaiian music was made  right here in Berlin some 45 years ago. Manuela the lead singer grew up in the working class district of Wedding  and was discovered by Christian Bruhn and Will Meisel. The “Tahiti Tamourès” hit with “Wini Wini” in 1963. This was the follow-up record.