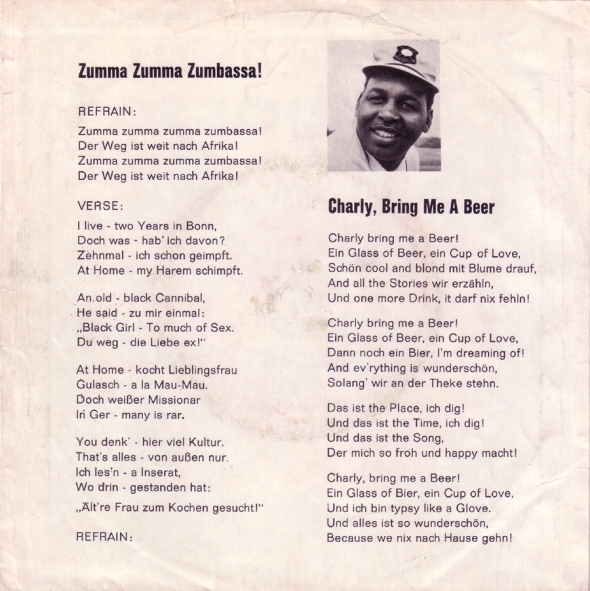 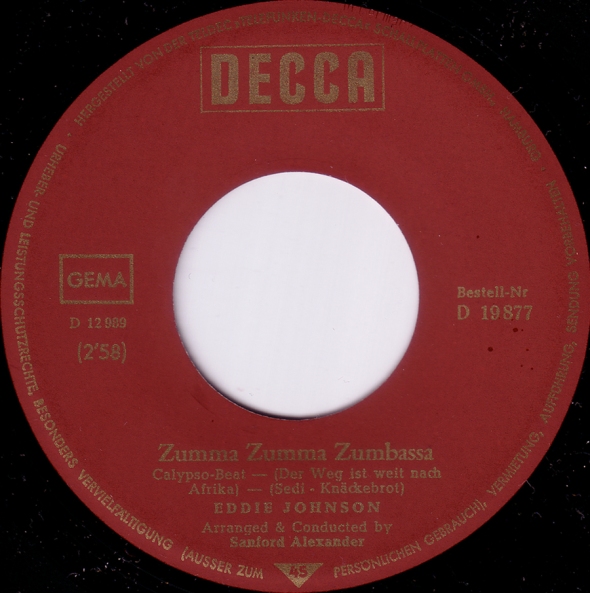 My girlfriend is the first and most important person that I ask  if I am in doubt about anything. I trust her judgement. She is critical but also very open minded. If I would have shown her this record she would`ve  probably shrugged her shoulders and said:”Terrible.” And she would be right. This record is terrible.  But so is “Sex and the City”…

Eddie Johnson and his producers tried to coat-tail on the success of “Mr.Cannibal” that I posted last week, throwing in the same ingredients: Mau-Maus, cannibals and a mix of German and English lyrics. And it`s  even more racist. But the music is better, Calypso-Beat or is this Ska?  Strangely I couldn`t find out anything about Eddie Johnson at all.

However the artist that did the cover is Will Halle. Not the best Berlin cartoonist and not my favorite one but he had that typical simple and effective style that was popular in the 40`s, 50`s and early 60`s. Like his collegues Stenzel and Kossatz, Will Halle was a popular Berlin cartoonist and still is with a older generation of Berliners.

These guys were popular before the internet so I could only find out a few things there: Will Halle`s real name was Erich Will. He was from the town of Halle so he called himself Will Halle. He was born 1905 and either died in 1969 or 1980.

I have been collecting cartoon books for a long time and started to particularly look for Berlin cartoonists since I moved here 11 years ago.

Generally I don`t buy books that were published in Nazi Germany. Anybody who was published during that time was a collaborator. They were published in spite of all the other ( mostly more talented )  people that were persecuted, forced to leave the country or killed. It´s a contaminated time and I don`t want to have books around that carry that spirit.

A while back I had a discussion with fellow Berlin cartoonists who felt that in the case of Olaf Gulbransson, who was published in Nazi Germany, he was innocent because he wasn`t a political person. I disagreed because I think in a dictatorship there is no room for that. You are either a threat or you comply.

I found this book by Will Halle from 1940

in a thrift store for only 2 euros so I picked it up. It has a introduction by Heinz Rühmann, probably the most popular German actor ever. His career spun from the 30`s and 40`s to the 80`s.

The book is called “Das finde ich komisch- Ein Bilderbuch für Erwachsene” ( That`s what I think is funny- A picture book for adults ).

The miracle of alcohol

“Where is the wolf? I want to tear him apart!” 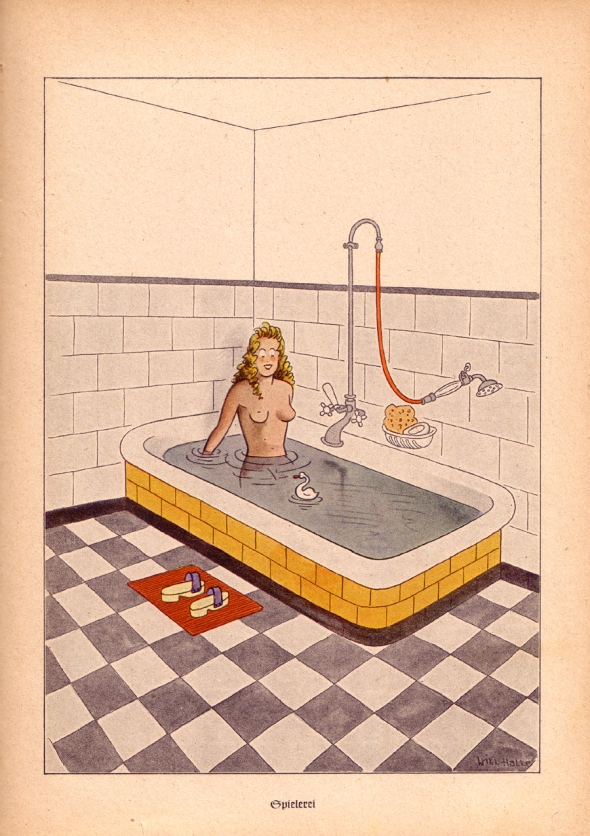 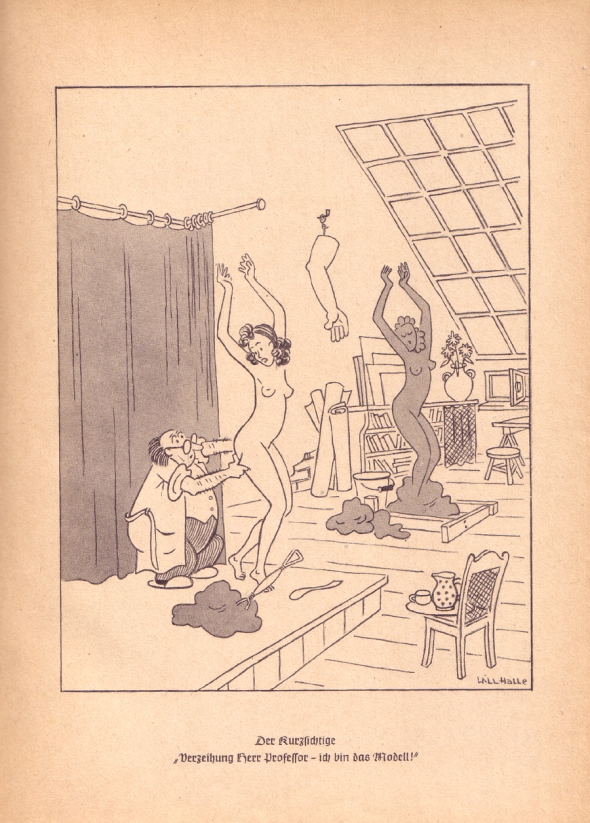 “Excuse me, Professor- I`m the Model!”

” You wouldn`t believe what you can imagine behind there!”

It is not a political book and the humour is not Nazi humour. There are no antisemitic drawings in that book. But some Nazis must`ve laughed about these cartoons. It was published by Nazis in Nazi Germany. Maybe that makes it Nazi Humour?

So I still have a bad feeling about this book that was published when Germany`s brightest people were forced to be silent and thousands went into concentration camps and this guy didn`t think it was wrong to get the Nazi stamp of approval for his funny pictures.

But that goes for a number of Berlin cartoonists like Hans Joachim Stenzel, Hans Kossatz , Ferdinand  Barlog and Horst von Möllendorf. They  were respected and loved by a wide audience before and after the war.

But whatever, it`s only a simple cartoon sleeve of a silly German 45 from 1966…