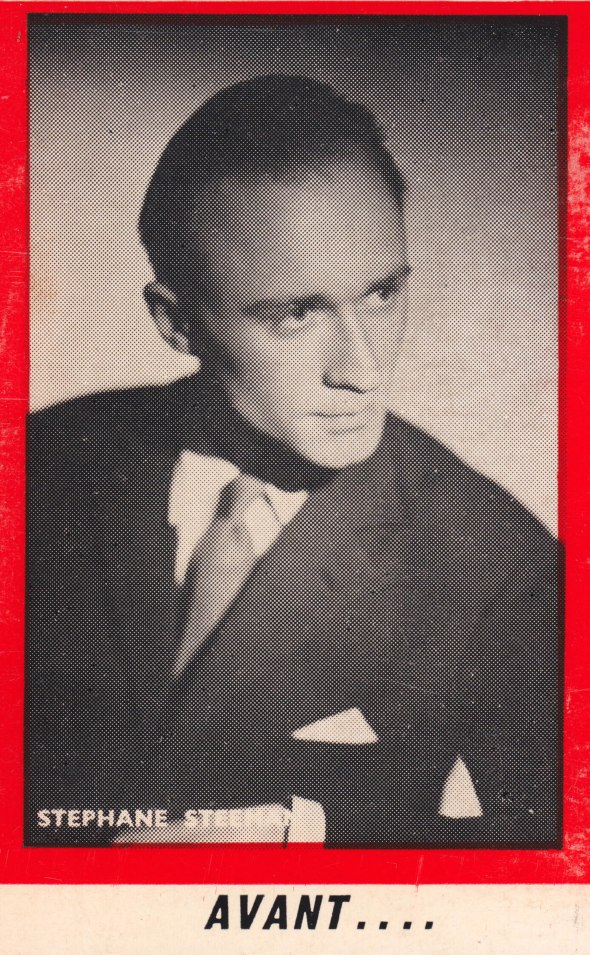 For the first time, I´m not posting a rarity but a hit record. Abidik Gubidik Twist is the Turkish Twist hit record and was also featured in two movies. However, I guess outside of Turkey few people will have heard these songs. While Turkish Psych has fans worldwide, Turkish Twist is still only known to Turks. Abidik Gubidk Twist was re-released in 2011, though buried in a 5 CD-Box of Turkish movie songs. As far as I could see Göz Göz Değdi Bana has never been commercially re-released.

Öztürk Serengil was a comedian who starred in close to 300 movies. He died in 1999 at the age of 69. His daughter Seren Serengil is also a pop singer.

This record came out through Öztürk´s own short-lived Serengil record label. A great first release that features two Turkish Twist hits. Abidik Gubidik Twist even has a nice guitar solo.

Ajda Pekkan was only 18 when she sang Göz Göz Değdi Bana in her first film “Adanalı Tayfur”. Today Ajda Pekkan is the Turkish Superstar. Altogether she has starred in 47 films. 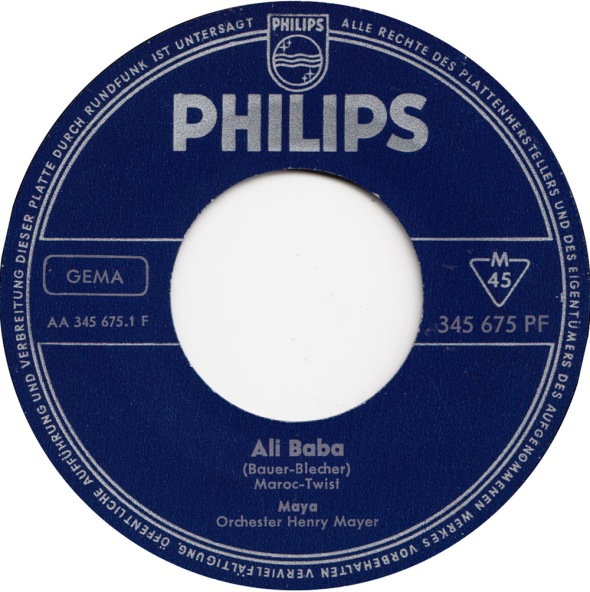 I´ve been curious about the identity of Maya for a long while. Time after time, I searched the Internet for information about this particular German release, but despite some sellers offering it on Ebay, I couldn´t find anything. Finally one day, I used another combination of words in the search, and it turns out Maya is actually Maya Casabianca.

Born Margalit Azran, in Casablanca, Morocco in 1945, Maya Casabianca moved to Israel when she was three years old and in 1956 to Paris with her family. In 1970, she immigrated to Haifa, Israel. From the early to mid-1960s, Casabianca recorded dozens of records for Philips.

Choosing the stage name Casabianca, Philips probably tried to model Maya´s career after the success of Dalida, who was originally from Egypt. Her two German songs, described as Maroc-Twist, also exploited her arabic background. Orangen aus Marokko, co-written and backed by Henry Mayer and his orchestra, is about sweet oranges from Morocco, still a luxury in post-war-germany of the early 1960s. Ali Baba is about the fairy-tale robber. For some reason, Maya Casabianca was shortened to Maya, and the sleeve, that I found Online elsewhere, doesn´t show her, but just a model.

Anyway, it´s a shame, that these two songs have not been re-issued in 50 years. They should have been hits… 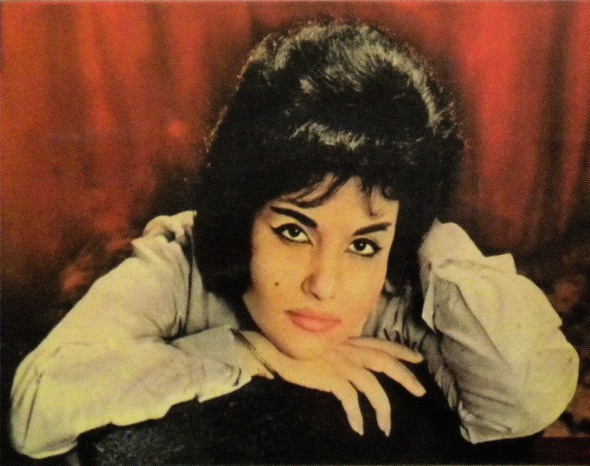 Today, Maya Casabianca still lives in Israel. Here, she is shown in a recent Israeli TV-documentary:

Jack Finey is a really great and underrated artist. Unfortunately, these two 45s are the only records of his, that I own. I´d sure like listen to some of his other sides, like Das ist fies Luise or Shake it Nelly Grey. I bet they´re great too! Apart from Schade um die Rosen, none of his songs have ever been re-issued, so they´re not available on Itunes, Amazon, Spotify, not even Youtube. Please, can  somebody help with some more Jack Finey?

Jack Finey recorded at least 14 sides until 1967. This is a list of his recordings, compiled by Deutsches Rock´n´Roll Schallplattenforum:

Körmendi Együttes means The Körmendi Group and Visszhang means Echo. Band leader, vocalist and composer Vilmos Körmendi has no Wikipedia page, but is a renowned artist in Hungary.  The link will lead you to the only appearance of his, on Youtube. Apparently he is still alive and kicking.

This is another re-up from 2008. The song is from a flexible postcard record…

Fashion comes and goes and after a while a lot of material ultimately looses its appeal. A company who makes money with an artist today, will drop him tomorrow, if he ceases to sell. No matter how popular he used to be, a company will not keep his material available. After he dies, his music will slowly be forgotten. Unless that is, it was recorded in a cult style.

A remarkable exception seems to be the family of Emile Lambert. Emile Lambert (1923-1986), real name Emile Kodeck,  was a comedian/singer from Wallonia, the predominantly French-speaking Southern region of Belgium. In the late 50s and early 60s Lambert recorded a slew of records, among them five 45s and the LP 140 Kilos De Bonne Humeur Avec Émile Lambert for the Olympia label, and some others for Fontana, Phillips and Pathé. None of these records have ever been reissued, but at least his son cared enough for his father´s work to create a very personal and touching video of his father on Youtube here.

The only song of Emile Lambert´s vast works, that has ever been legitimately reissued, is the rousing Le Houla-Bop. It  first appeared on a French CD in the 90s and then recently on the excellent, very recommendable compilation LP Rock Rock Rock – French Rock and Roll 1956-1959 by Born Bad Records. That song was only reissued, because it was a  satire of a cult style.

So if you have a deceased artist in your family or among your friends, don´t  rely on their former business partners to manage their legacy. Business is bound by  financial and legal necessities and doesn´t care for sentimental contemplation. Otherwise some record company would have let these tracks by Emile Lambert be heard in the past fifty years. Keeping the memory of an artist alive should be free from commercial restrictions. And if  friends and family won´t care first, nobody will. 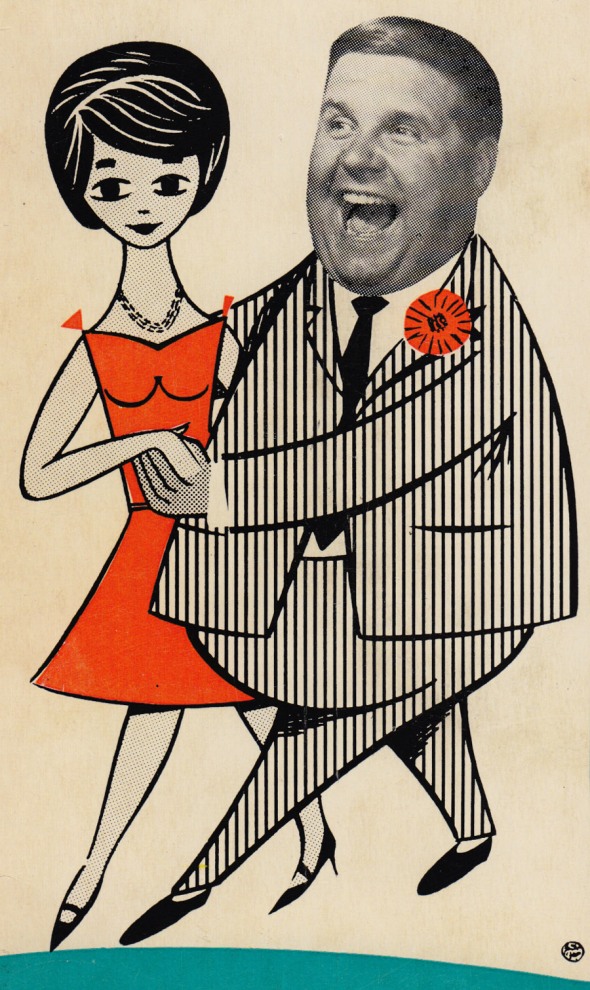 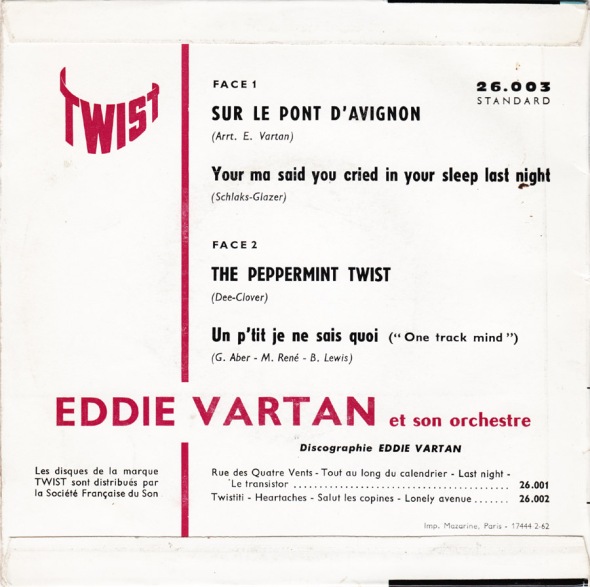 Musician, singer-songwriter and conductor Eddie Vartan ( 1937-2001) is the brother of French pop star Sylvie Vartan, father of actor Michael Vartan and uncle of  David Hallyday. As a bandleader he was the mastermind behind his sister´s early success. He also composed many songs for her and a dozen titles for his friend and brother-in-law Johnny Hallyday. Eddie, Sylvie and Johnny were certainly at the top of the yé-yé game. They sold a ton of records and the teen magazines were full of their antics. In the early 60s you couln´t be cooler than these three.

Surprisingly though, when I searched for “Eddie Vartan” on Amazon/Itunes/Spotify only one song popped up. Considering the celebrity status of Eddie Vartan and his family, it´s a real shame that his whole solo instrumental works of the 1960s, especially the early twists, have never been reissued in 50 years. If it wasn´t for a handful of people who put his music on Youtube, it could not be heard at all. The two instrumental twist songs from other EPs on the Twist label, the mid-tempo Salut les copines and the hectic S.L.C.Twist, are both similar in style to the tracks I present here. Then there is his version of Telstar in a weird Scopitone film that you´ve got to see to believe. Eddie himself even appears playing the guitar while following a female astronaut, surrounded by his band all dressed in lab coats like a bunch of Joe Meeks. All these songs would sure make a nice Eddie Vartan Twists compilation LP.

Eddie Vartan died in 2001  following a brain hemorrhage in Paris at the age of 64. Shortly after Sylvie Vartan recorded Réponds moi, a wonderful tribute to her brother. Again, it was a fan who made an effort to put the song together with some collected images of Sylvie, Eddie and Johnny.

At least seven EPs by Eddie Vartan were released by the small Twist label, that was distributed by Decca. A bunch of other artists also recorded for the Twist label, but not as many as Eddie Vartan. Of all the Twist label releases, this one has by far the most boring sleeve design. It´s probably because I´m a cartoonist that I feel that all-typo designs look dull.  The hand-made Twist logo is cool though. This EP was very cheap, but unfortunately when I got home I discovered that my copy was sun damaged and warped at the sides. Two of the tracks are completely unplayable.

Your Ma said You cried In Your Sleep Tonight was first recorded in by Kenny Dino and reached #24 in the Billboard charts in 1961. Kenny recorded a number of demos for Elvis, including the song Good Luck Charm, so it is no surprise that he is pretty much imitating Elvis on Your Ma said. While Kenny Dino´s original version is bouncy, Eddie Vartan´s instrumental version is pretty heavy…

One Track Mind was recorded by Bobby Lewis in 1961 on the Beltone label. Eddie Vartan´s instrumental version copies the Sheb Wooley-style sound of  a toy saxophone that is also in the Bobby Lewis original. 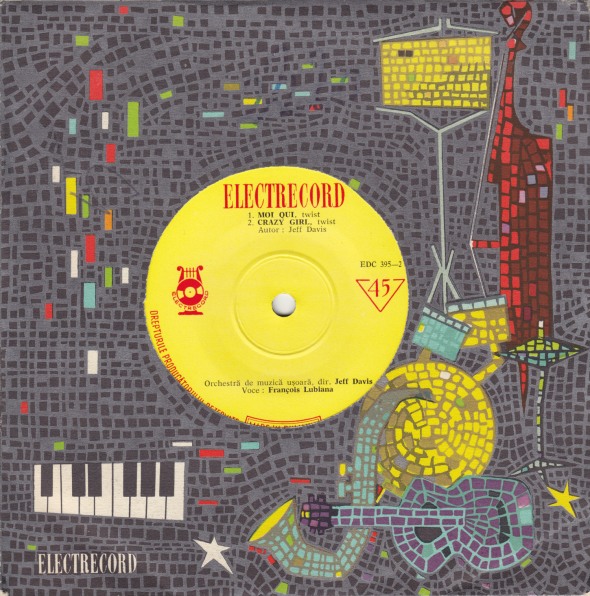 François Lubiana (1940 – 2011), real name François Biro, was  mostly known as the husband of French pop star Jaqueline Boyer. A singer and composer in his own right, Lubiana recorded quite a few EPs for Pathé and Barcley. In the only video I found of him performing live, he can be seen singing the beautiful Les cloches sonnaient in March 1966. He starts into the song, and for some reason not entirely happy with his performance, abruptly stops, excuses himself and then casually continues. Cool. Sadly later that same year he suffered a severe cerebral hemorrhage that ended his career abruptly.

Two twist songs by Francois Lubiana strangely appeared on this Romanian EP. I don´t know if they were issued exclusively in Romania, but if  they did, I wonder why?  The nice mosaic-style sleeve illustration was done by Electrecord house-designer Jean Eugen. The two tracks, both written by  Jeff Davis, have not been been reissued in 50 years.

Dedicated to all the crazy girls…

I found another version of Moi Qui on the French Pathé EP on Youtube that sounds like it was re-recorded at a later date. This is a regular twist: