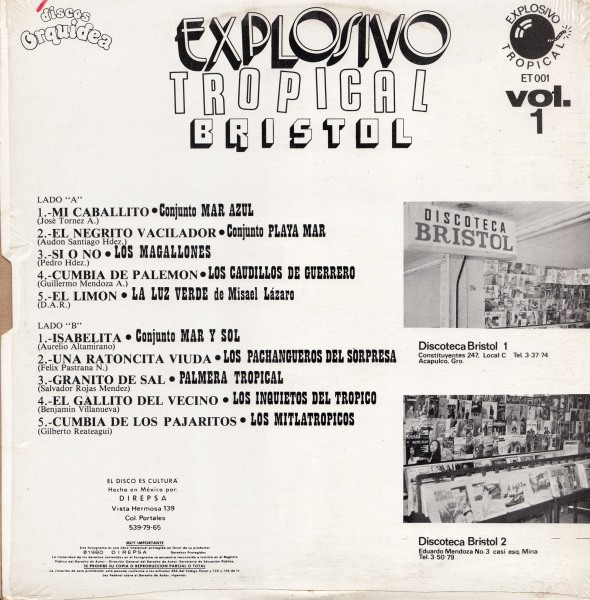 When I was a little boy in the 1970s, album covers decorated with scantily clad women irritated me. We had a few of these in the house, issued by Europa, at the time Germany´s biggest budget label. I guess my mother must have bought them in a supermarket, because my father, a seaman, was away most of the time. It wasn´t adult material that was featured on these Europa LPs,  just the typical hits of the day, albeit played by unknown artists. Incidentally the label also issued most of my children´s records. The budget experience must have rubbed off on me, because I´m still occupied with the cheapos today.

I can´t remember where I bought this Mexican album, but it was many years ago, and not in Mexico. It seems to showcase the Discos Orquidea label and two Discoteca Bristol record stores in Acapulco. All of the songs are Mexican Cumbias, and most of them hits, that are still readily available on Itunes or Amazon. In fact, most of the groups are still active today.

Los Apson were among the most well-known Mexican beat group of the 60´s. I first heard of them when I bought the Mexican Rock´n´Roll Rumble And Psych-Out South Of The Border bootleg LP in the mid-90´s. That record was put out by some record collectors from California who would find Mexican records either in California or when they would cross the border. Here in Berlin  original Mexican records hardly ever show up, so of course I picked this 45 in the plain but striking Peerless label company sleeve up, when I saw it in a Lisbon record shop. 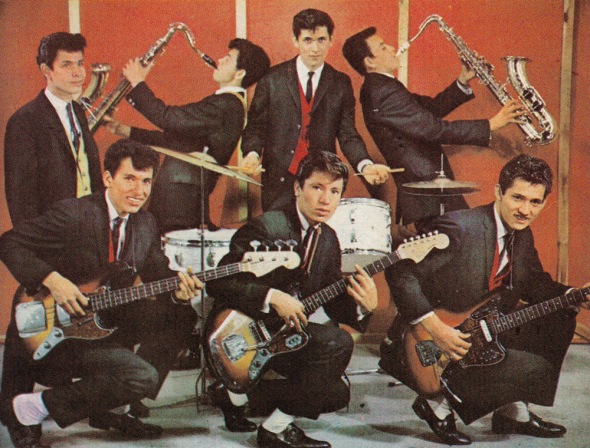 Los Apson seem to still be performing in Mexico. I bought a legit Los Apson CD published by the same independent Peerless label, the oldest record company in Mexico that has since been bought by Warner, in the late 90´s on my one and only trip to Mexico. My girlfriend and me were on vacation and I didn´t really get the chance to do any real record shopping.  I randomly bought a couple of Mexican LP´s but found no Mexican rock´n´roll. My girlfriend still makes fun of me, because one of the shops ripped me off when they sold me a shrink-wrapped LP that later when I opened it, only contained some cardboard paper.

This is not the most rockin´ of Los Apsons´45´s but it´s the one I got.   Nunca se lo digan is a cover version of  I´m so lonesome I could cry by Hank Williams. Despite the title Desilusion has a nice easy-going vibe and a cool guitar break.