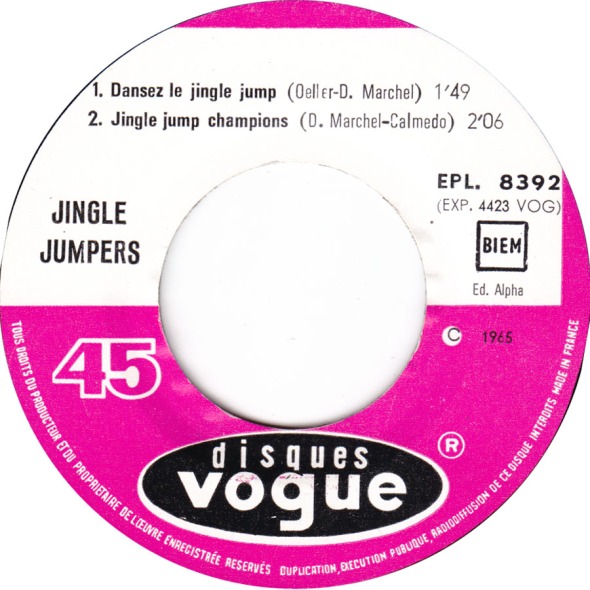 When I first listened to this EP, I immediately thought: This does not sound like a budget-group doing a half-assed promo song, but an established rock´n´roll band. I listened to it again and again. Finally it hit me: I know this voice!  It sounds like Eddy Mitchell!

I found reference to the record in the book La belle histoire des groupes de rock français des années 60 by Jean Chalvidant and Hervé Mouvet published in 2001:  In 1962, Eddy Mitchell broke up with Chausettes Noires and went solo in 1963. In 1964 he briefly got together with Les Fantômes and recorded these four beat tunes… 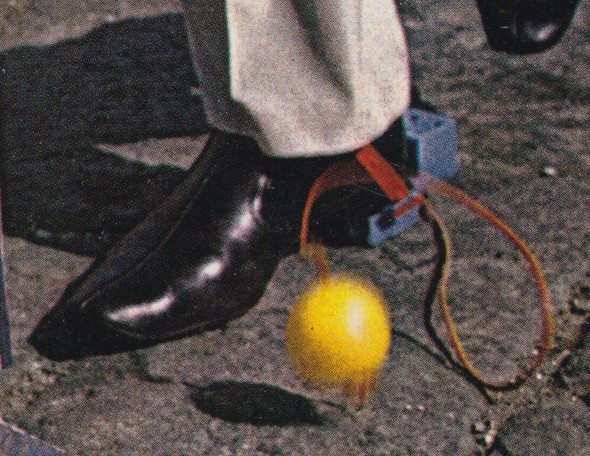 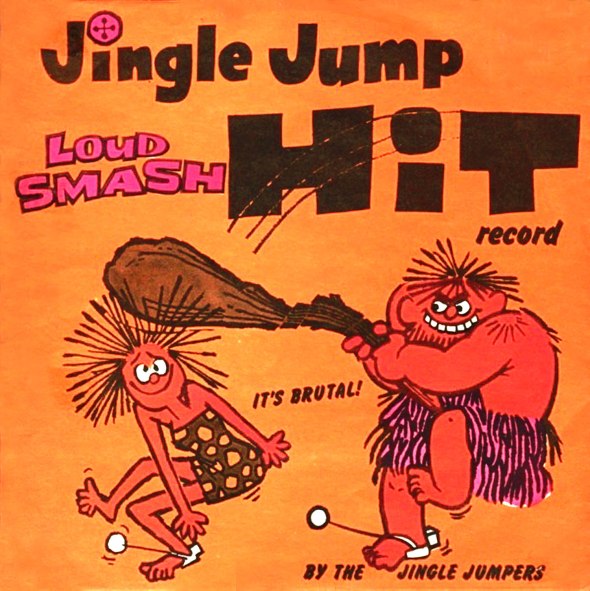 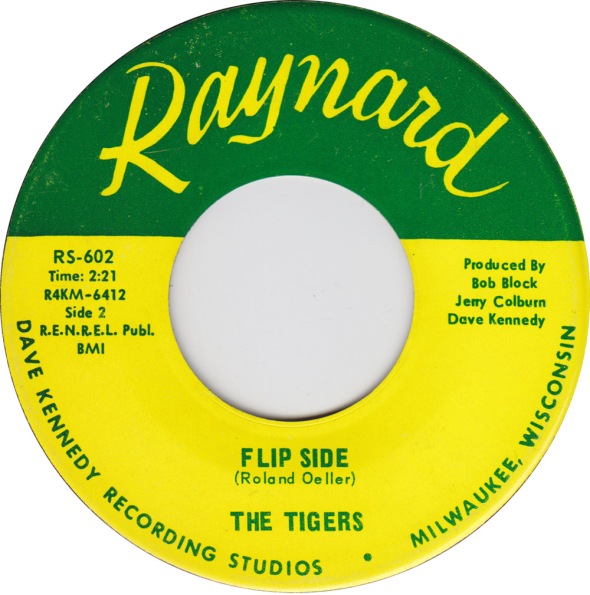 This record has been postes by various blogs over the years and you can easily find it on youtube. Kinda boring to post it here, I know. But it ties-in with my next record, that also promoted the Jingle Jump toy.

Like the Hoola Hoop in 1958, the Jingle Jump was a rock´n´roll toy for children. It was manufactured in Milwaukee, Wiskonsin, also the home of the Raynard label that put out this promotional record by local rock´n´roll group Danny Peil & the Tigers (also known as Danny Peil & The Apollos). 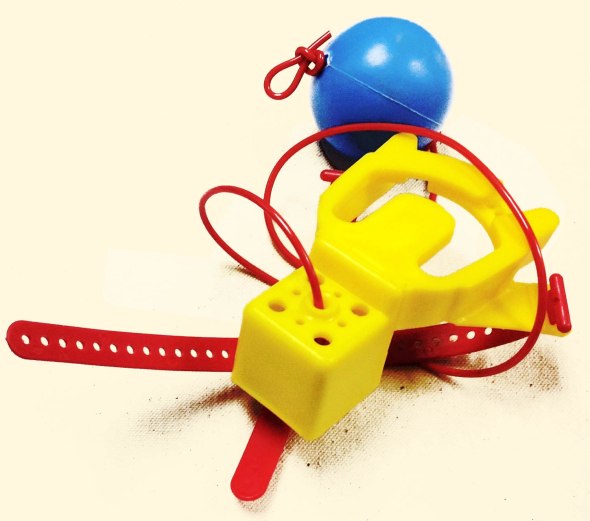 One last item that involved the king of the Belgian Budgets, Jack Say. While visiting Brussels and posting from here, I would have preferred to post a record that involved the Atomium, but that´s rather hard to come by. And probably quite expensive. This one was only 1 Euro and at least has the word EXPO in it. Expo, as in Expo 58 when the Atomium was built.

The Expo label was used to promote bread. Funny, how they re-interpreted the title to Paul & Paula´s hit song and gave them last names.

The anonymous duo tried to be faithful to the original, though. As the label notes: “with Jack SAY´s orchestra”….

When I arrived at the Marolles flea market in Brussels yesterday, the market was about to close. And then it suddenly also started to rain. Big disappointment. Nevertheless, I quickly went through a few boxes, while the seller constantly shouted:” DEUX PIÈCES – UN EURO! DEUX PIÈCES – UN EURO!” Watching all his stuff getting soaked in the rain and the people leaving, he was getting more and more desperate. Surprisingly, I got a dozen 45s for a price way below 50 cents a piece.

Belgian budget label Kraftone was a short-lived offshoot of the Kraft Foods group. Five Cats Rag is not credited to any songwriters, so I assume it is an original by French jazz pianist George Arvanitas.

Bob Azzam´s original hit version Ya Mustafa was released in 1960, so this is likely from the same year.

ORCHESTRE ADI AND HIS BOYS, Mustapha

More Turkish Pop with a latin twist from the early 60s by Sevket Uğurluer. Both songs have apparently never been commercially re-released. Gözleri Aşka Gülen, a schmaltzy tune originally written by Gundogdu Duran, is given a modern reworking by Ugurluer and Friends.

The song starts with English and then turns to Turkish lyrics in the second half.

I couldn´t find any period photos of Şevket Uğurluer and his band. Instead, I´ll post some images from one of the Akbaba (vulture) satire magazine that I bought in Istanbul this year. This issue is from June 1962. There is no signature, but I´m pretty sure that the cover was done by Necmi Riza. Riza did  a lot of covers for Akbaba, that are easily recognizable by his boldly inked style. 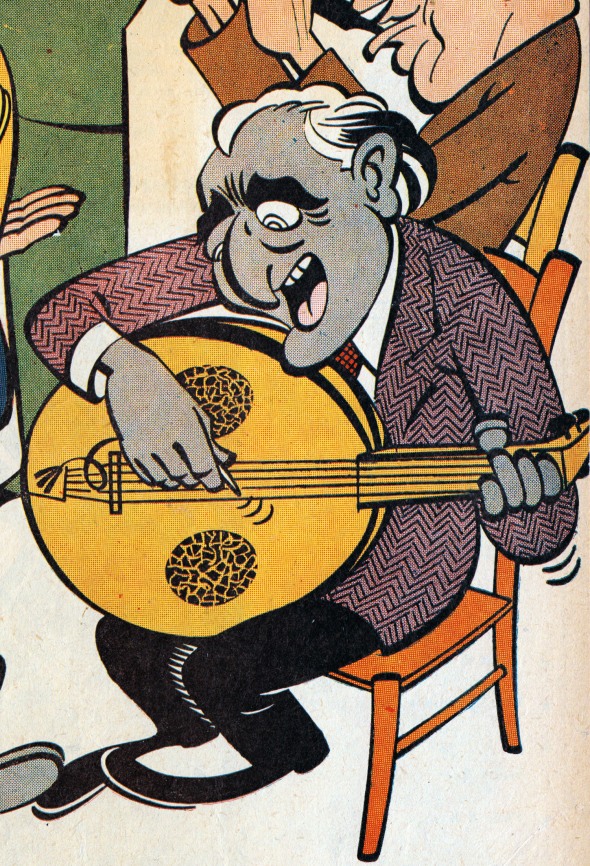 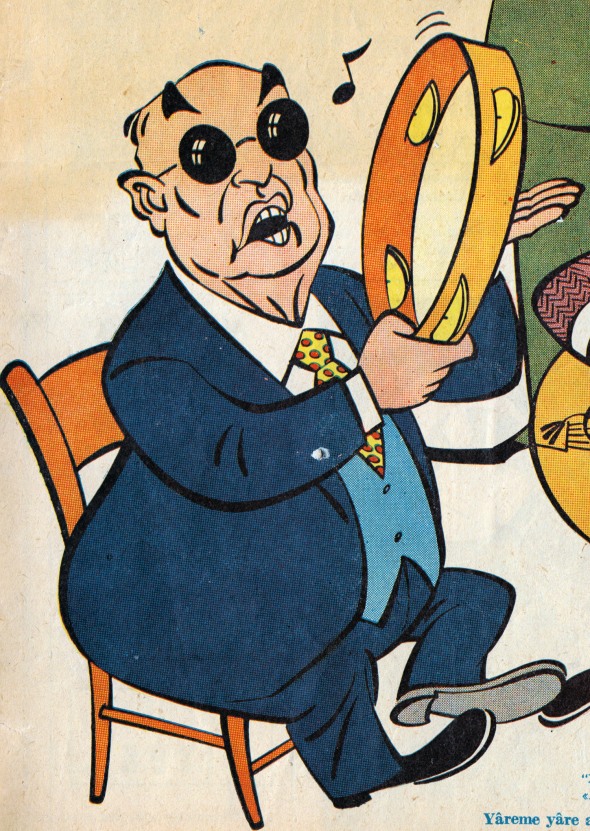 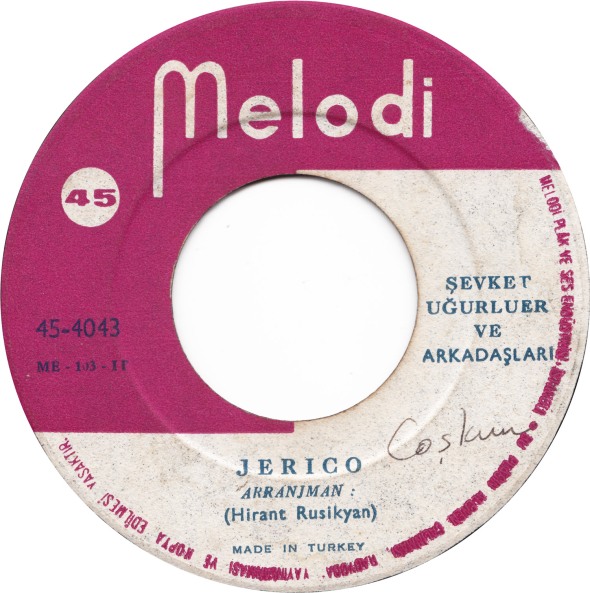 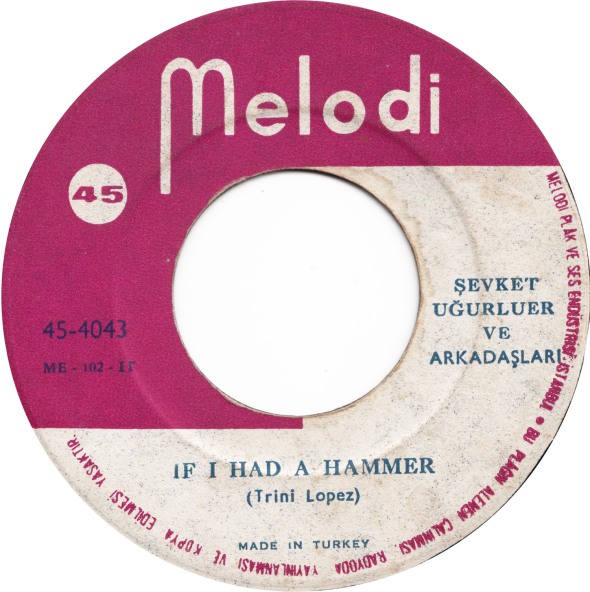 In the early 1960s, Şevket Uğurluer was among the first Turkish musicians to mix traditional music with Jazz. Today Uğurluer is mostly known for his faithful renditions of US-Pop hits, most of whom have been re-released on CD.

Not this one. When recording the spiritual  Josua Fit The Battle Of Jericho, Uğurluer didn´t seem to have taken the lyrics too seriously. But who cares about some slurred lines, when he and his gang play the song at such breakneck speed.

“Joshua the battle of Jerico… and the wölls came tumblin´down….”

The Pete Seeger penned protest-song If I  Had A Hammer was a hit for Trini Lopez in 1963.  Sevket Uğurluer´s version is  wrongly credited to Trini Lopez on the label, but it´s pretty close to the hit.

Except that, here Animal from the Muppet Show is on drums….

For the first time, I´m not posting a rarity but a hit record. Abidik Gubidik Twist is the Turkish Twist hit record and was also featured in two movies. However, I guess outside of Turkey few people will have heard these songs. While Turkish Psych has fans worldwide, Turkish Twist is still only known to Turks. Abidik Gubidk Twist was re-released in 2011, though buried in a 5 CD-Box of Turkish movie songs. As far as I could see Göz Göz Değdi Bana has never been commercially re-released.

Öztürk Serengil was a comedian who starred in close to 300 movies. He died in 1999 at the age of 69. His daughter Seren Serengil is also a pop singer.

This record came out through Öztürk´s own short-lived Serengil record label. A great first release that features two Turkish Twist hits. Abidik Gubidik Twist even has a nice guitar solo.

Ajda Pekkan was only 18 when she sang Göz Göz Değdi Bana in her first film “Adanalı Tayfur”. Today Ajda Pekkan is the Turkish Superstar. Altogether she has starred in 47 films.