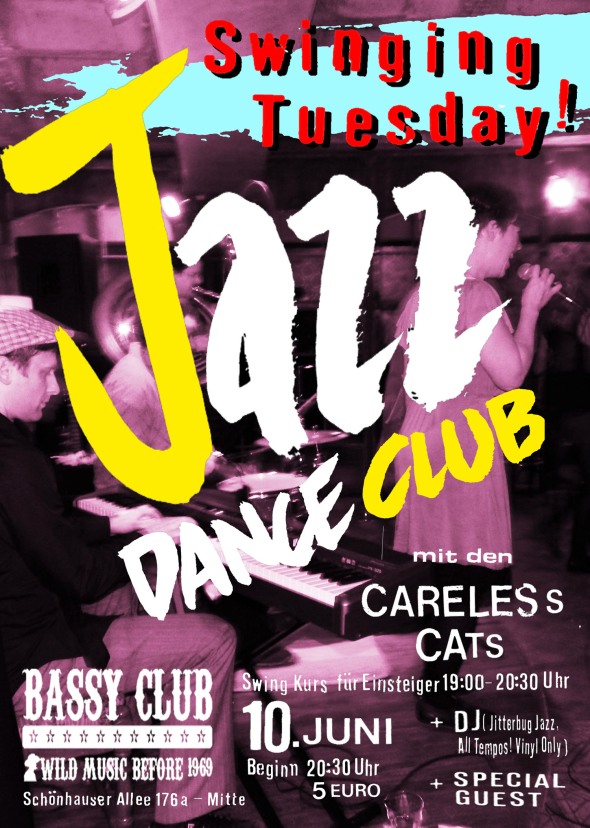 The Careless Cats are a new swing/jazz group, who are quickly making a name for themselves in the local swing dancing scene. Their vocalist Nina and their pianist are both dancers and it does show in how they always keep just the right tempo for us dancers. Nina also happens to be one of my favorite dance partners, both as a lead and as a follower.

The philosophy of the Bassy club is “strictly music before 1969”.  It´s a rock´n´roll club, so we thought we should be emphasizing the jazz element in swing music with our new JAZZ DANCE CLUB. We´re also trying to put the jazz bands where they belong: on a proper stage, with proper lighting and sound.

We´d be happy to see you!

Here´s two songs that I recorded when the Careless Cats played at Queen Quotti last November: 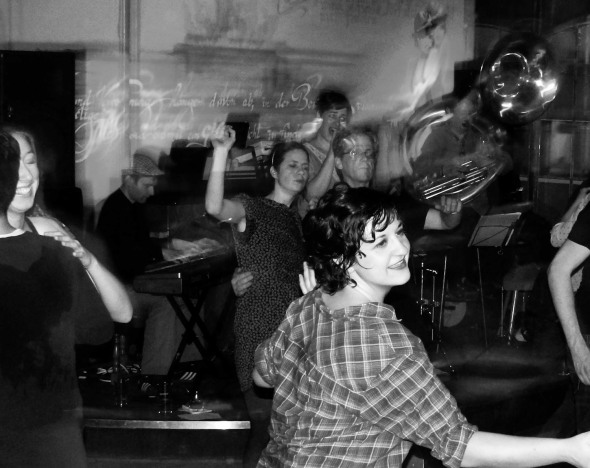 Last week, while searching for German postwar swing records in a thrift store I came across these smaller 8 inch records. I´m not into tango music and I´m not going to start collecting records from the 1930s, but the names of the songs made me curious. The records are in poor condition –  at least they were cheap, only  1 euro. At home I was happy to find out that these tangos are quite  light-hearted, even funny. The song Manches “Nein” heißt “Vielleicht” suggests that sometimes “no” means “maybe”, because a lady who cares about her outward appearance is shy about the “yes”.

Ralph  Benatzky, who wrote the song, became  famous for his musicals that combined more traditional with new 1920s jazz rhythms. His most famous play “Im weißen Rössl” (1930) was banned by the nazis because of its jewish co-authors and marked as “enartet” because it made fun of traditional values and because of  a saucy bathing scene. Benatzky left Berlin in 1932,  first to Switzerland and later for Hollywood.

Tri -Ergon, a system to record sound directly on film, was invented in Berlin in 1919. Fox Movietone later used it among other sytems for one of  the first talking films, Friedrich Wihelm Murnau´s Sunrise (1927). The Tri-Ergon record label produced a wide variety of records in the 20s and early 30s. The smaller 8 inch records were the cheapos.

Pictures from a program of  the Berlin Wintergarten music hall from May 1931, that  I bought some years ago in a thrift store. Actually it´s a small mgazine filled with photos and little articles about Berlin nightlife. The cover and one more illustration are signed by BALKIE,  a cartoonist the Internet has no knowledge of. I really like his style and wish I could find more information about the artist. 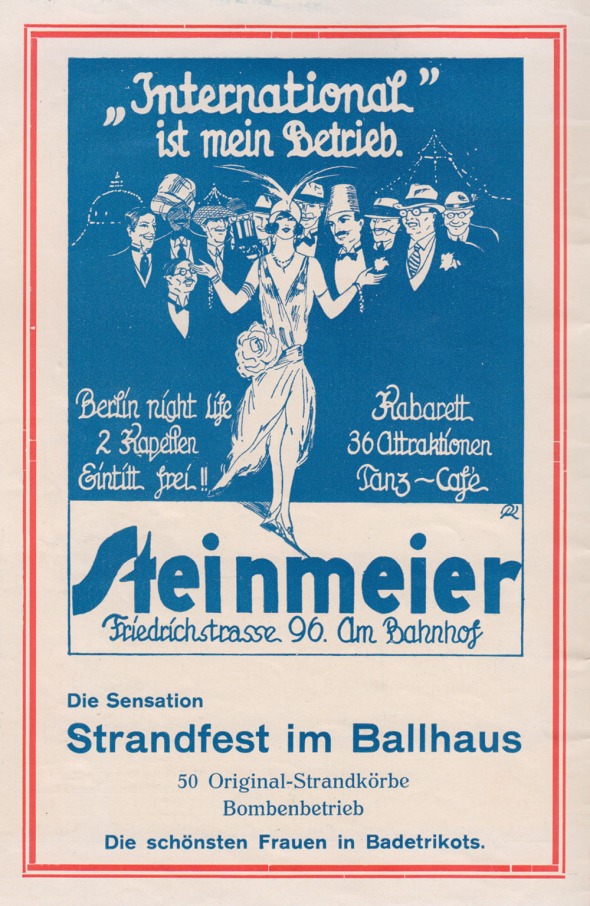 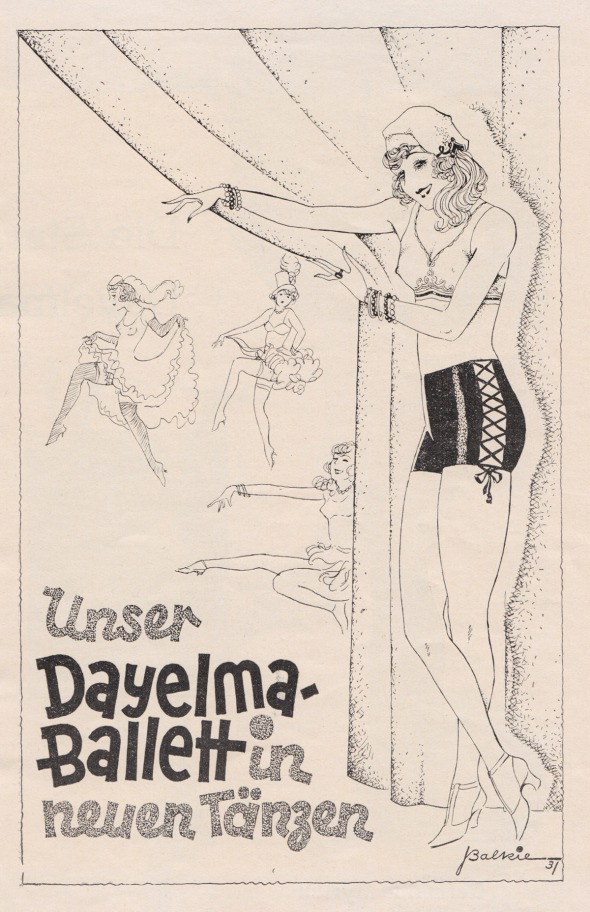 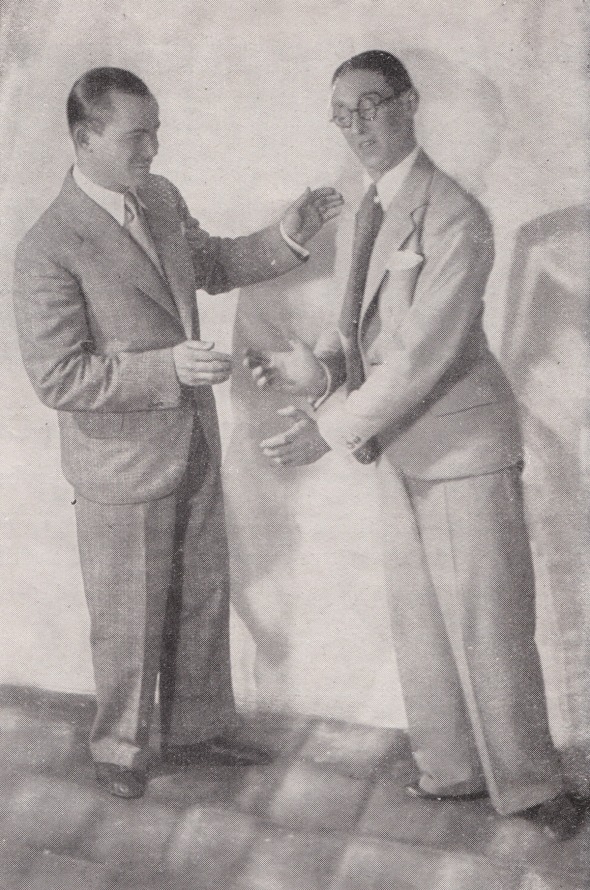 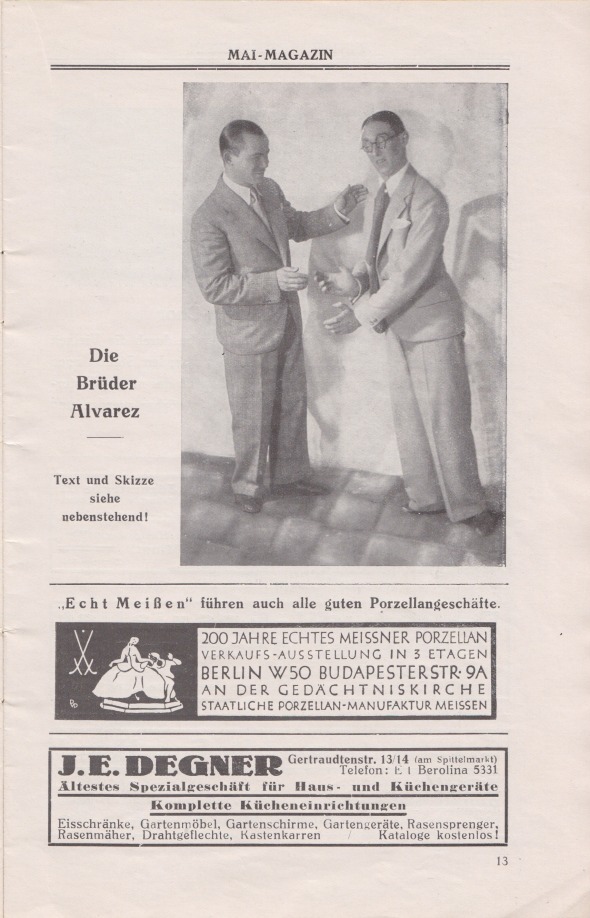 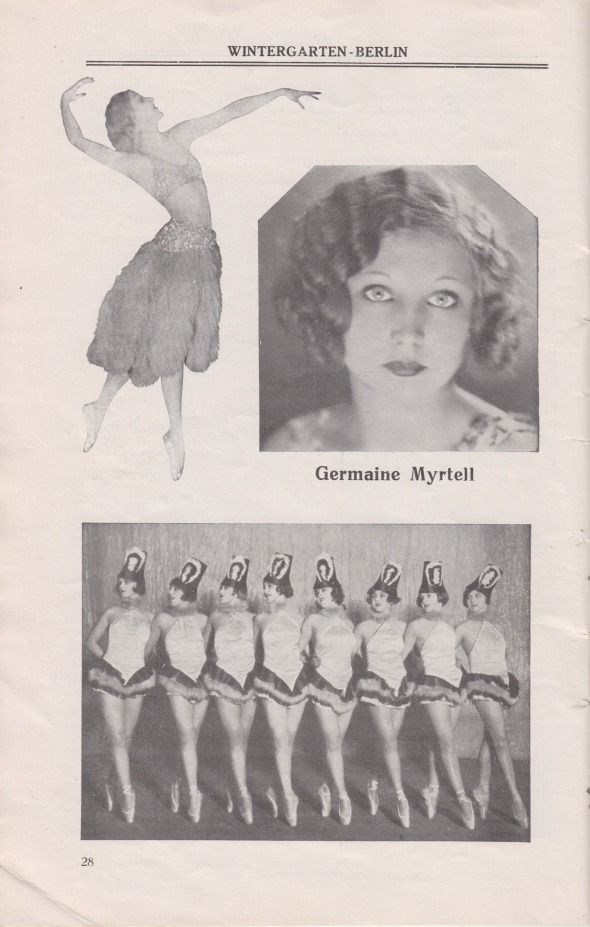 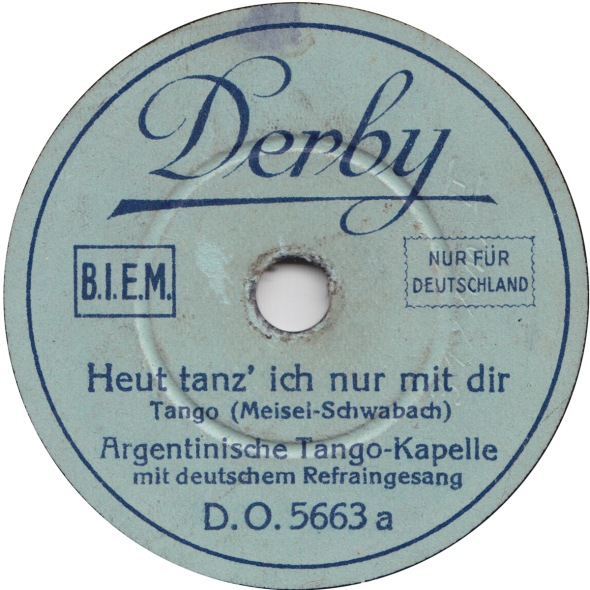 On more cheap 8 inch tango record, this one is on the Derby label. The local Berlin Derby label was an economy label that also produced  regular 10 inch records. Before I  “researched” a bit on the Internet, I didn´t know economy labels existed in the 1920s. But of course the recording industry was already huge,  so of course some businesses tried to sell cheaper versions of  hit records.

As was common practice with cheapo labels, the names of the artists didn´t appear on the labels but often well-known artists were playing on the recordings.  The musicians of the “Argentinean Tango Band” were most likely  local Berliners. The original of Heut tanz´ ich nur mit dir (today I´ll only dance with you) was written by famous Berlin composer  Will Meisel.

A single page probably from another program, that I “found” in the May 1931 Wintergarten program, with a poem by Erich Kästner and nice photo of  contortionist Barbara La May.